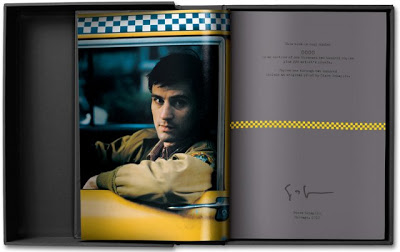 You talking to me?


Blood and guns in post-Vietnam America

Taxi Driver has long been regarded as a cinematic milestone, and Robert DeNiro's portrait of a trigger-happy psychopath with a mohawk is widely believed to be one of the greatest performances ever filmed. Time magazine includes the film in its list of 100 Greatest Movies, saying: "The power of Scorsese's filmmaking grows ever more punishing with the passage of time."

Steve Schapiro—whose photographs were featured in TASCHEN's Godfather Family Album—was the special photographer on the set of Taxi Driver, capturing the film's most intense and violent moments from behind the scenes. This book—more than a film still book but a pure photo book on its own—features hundreds of unseen images selected from Schapiro's archives, painting a chilling portrait of a deranged gunman in the angry climate of the post-Vietnam era.

This edition is limited to 1,000 copies, numbered and signed by Steve Schapiro. Also available in two Art Editions of 100 copies each, with a signed and numbered original photographic print.

Steve Schapiro is a distinguished journalistic photographer whose pictures have graced the covers of Vanity Fair, Time, Sports Illustrated, Life, Look, Paris Match, and People, and are found in many museum collections. He has published four books of his work, American Edge, Schapiro's Heroes, The Godfather Family Album and Taxi Driver. In Hollywood he has worked on more than 200 motion pictures; his most famous film posters are for Midnight Cowboy, Taxi Driver, Parenthood, and The Godfather Part III. 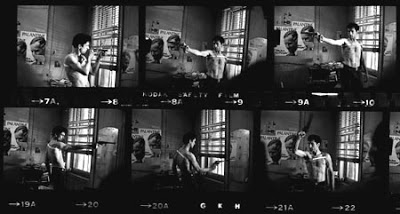 STEVE SCHAPIRO: HISTORY THROUGH THE LENS