Photo Distrct News has a good recap of the 2011 Lucie Awards:

Eli Reed, Bill Eppridge, Dawoud Bey and Rich Clarkson were among the veteran photographers honored for their contributions to photography at the 2011 Lucie Awards, held October 24 in New York City.

Bill Eppridge and Rich Clarkson Backstage © Robert Leslie
In accepting the award for Achievement in Photojournalism, Eppridge, who covered the Beatles’ arrival in America, Woodstock and Robert Kennedy’s presidential campaign and assassination, thanked “all the photographers I ever worked against,” noting, “It’s that kind of quality competition that drives you.” Dawoud Bey, who received the award for Achievement in Portraiture, said his goal has been to create “a conversation with the human community” and to raise “questions about ourselves.” Rich Clarkson, who has photographed more than 30 covers of Sports Illustrated, was honored for Achievement in Sports. In his acceptance speech, Clarkson, who is a book producer and founder of the Summit Series Workshops, and worked as photo editor and director of photography at Topeka Capital-Journal, Denver Post and National Geographic, said he felt his true mission was to foster a young generation of photographers and photo editors. In presenting the award to Eli Reed for Achievement in Documentary Photography, photographer Misha Erwitt, a friend of Reed’s, noted that Reed’s “generosity shows in his photography and in his teaching.”

Nancy McGirr, who for 20 years has been teaching photography to children living in poverty in Guatemala and Honduras through her program Fotokids, was awarded the Humanitarian prize. The Spotlight Award was given to the International Center of Photography museum and school, presented by photographer Annie Leibovitz, a winner of an ICP Infinity Award. Nobuyoshi Araki, honored for Achievement in Fine Art Photography, was unable to attend; photographer Michael Grecco, who described himself as a collector and fan of Araki’s work, presented and accepted the award on his behalf.

While most of the awards honored lifetime achievement, the awards for achievements in the past year were kept a surprise until the ceremony. Kira Pollack of Time won Photo Editor of the Year. W Magazine won Fashion Layout of the Year for its photos of actress Tilda Swinton by Tim Walker. Zoom was named Photo Magazine of the Year. Kohle Yohanman, curator of the “Beauty Culture” exhibition at the Annenberg Center in Los Angeles won Curator/Exhibition of the Year. The award for Photo Book of the Year went to Chris Boot for the book Infidel by Tim Hetherington, who was killed in Libya in April. Boot, who is now executive director of Aperture, noted that sentiment probably went into the selection of Hetherington’s book. “All of us who had the pleasure of working with Tim loved him, and still do,” Boot said.

At the start of the event, the International Photography Awards, described as “a sister effort of the Lucie Foundation” were announced. The winners were selected by a jury of 70 photo editors, reps, photographers and gallery owners. Majid Saeedi was named International Photographer of the Year, which carries a $10,000 cash prize. The Discovery of the Year award, which honors a non-professional, went to portrait photographer Anna di Prospero. The award for Deeper Perspective, which honors a combination of essay and reportage photography, went to Daniel Beltra for his work on the Deep Horizon oil spill in the Gulf of Mexico. 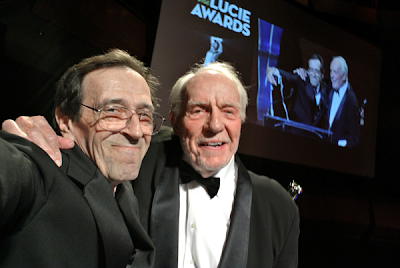 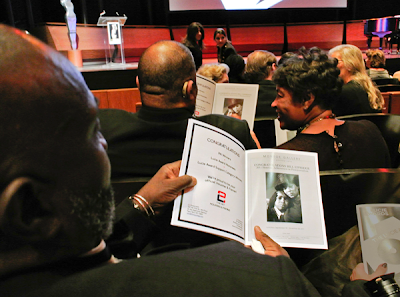