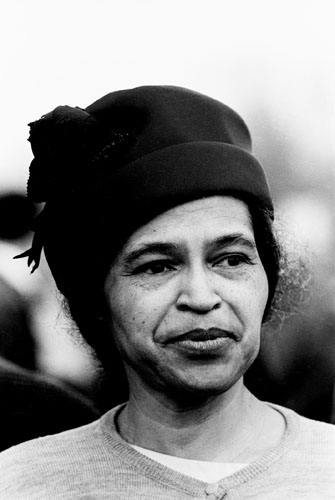 December 1, 1955 - The birth of the modern American civil rights movement occurred as Rosa Parks was arrested in Montgomery, Alabama, for refusing to give up her seat to a white man and move to the back section of a municipal bus. Her arrest resulted in a year-long boycott of the city bus system by African Americans and led to legal actions ending racial segregation on municipal buses throughout the South. Her quiet courageous act changed America, its view of black people and redirected the course of history.

"I would like to be remembered as a person who wanted to be free... so other people would be also free. "


After her arrest, Parks she called local labor organizer E. D. Nixon to bail her out. The next day, the Rev. Martin Luther King Jr., the Rev. Ralph Abernathy, more than 40 other black ministers and a white minister named the Rev. Robert Graetz formed the Montgomery Improvement Association. They organized the bus boycott that began on Dec. 5 and lasted until December 20, 1956, when a U.S. Supreme Court ruling integrated the public transportation system.