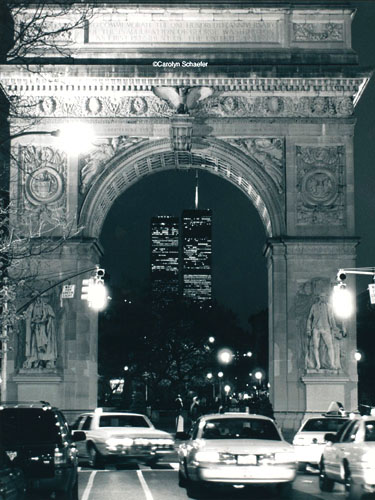 Earlier this week, The New York Times ran an article titled  "Media Strive to Cover 9/11 Without Seeming to Exploit a Tragedy".  "Thereâ€™s no precedent for something like this,â€ said Lawrence C. Burstein, the publisher of New York magazine. There has been debate about how the anniversary should be covered. Should it be left to great thinkers and elegant writers to define what the attacks have meant for the country? Or are Americans better served by the accounts of those who experienced the attacks first-hand?"

We relocated from New York City to Santa Fe in January, 2002. Our list of recommended posts (so far):

CNN: Witness to history: White House photographer Eric Draper and the images of 9/11

New York Times Interactive: The Reckoning: America and The World A Decade After 9/11

Wall Street Journal: A Decade After 9/11

Shutter Photo: 10 Years After 9/11: The Importance of Photojournalism

The Atlantic: September 11: A Story About the History of Digital Photography

Time Light Box: Photo Editors On 9/11: The Photographs That Moved Them Most


The Telegraph: The 9/11 Picture I'll Never Forget (But Wish I Could)

Photographers revisit 9/11: 'It was that horrific'

Joe McNally: "Like many New York based shooters, I had a bit of a love fest with the World Trade Centers"

International Center of Photography: Remembering 9/11
(Including a full list of 9/11 exhibitions and events in New York with locations)

Related: The Newseum has 147 newspaper front pages from 19 countries published on September 12, 2001