A Thousand Words: Masters of Photojournalism Opens to Acclaim 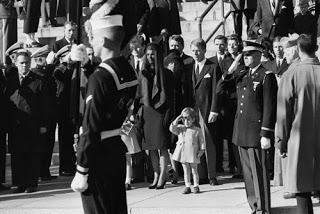 On July 3, Monroe Gallery opened the major exhibition, "A Thousand Words: Masters of Photojournalism".
The opening reception was well attended, and the exhibition of 60 great photographs is already receiving public and critical acclaim. The Santa Fe Reporter selected the exhibit as its "Pick of the Week".
The phrase "A picture is worth a thousand words" emerged in the early part of the 20th century, and is said to have been derived from a faulty translation of a Chinese proverb. However, the way a photograph can capture time, emotions, and feelings has made photography a unique art form. There are certain mysteries about great photographs that captivate viewers and cause us to pause in thought and remembrance. We have often seen these photographs reproduced numerous times in newspapers, magazines, books and documentaries. Universally relevant, they reflect the past, the present, and the changing times. These unforgettable images are imbedded in our collective consciousness; they are defining moments chronicling our visual history. They are, indeed, worth a thousand words.
In today's ocean of bad news for the press--picture editors being laid off, agency, newspapers and magazines closures,--an island of hope, history, and artistic recognition is thriving in the photographs featured in the exhibition. Included are several photographs never before shown at Monroe Gallery, and photographs collectively exhibited together for the first time.
The photographers in this exhibition have captured dramatic moments in time and illustrate the power of photography to inform, persuade, enlighten and enrich the viewer's life. These images also embody truth and beauty and represent what can genuinely be called "Masters of Photojournalism".
The exhibition continues through September 27, and selection may be viewed here.
‹ PREVIOUS   |   NEXT ›