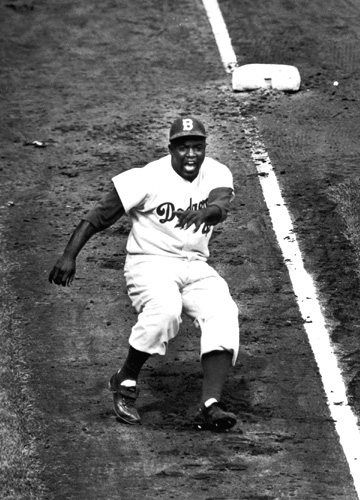 Ralph Morse: ﻿Jackie Robinson rounding Third base during the third game of the World series against the Yankees, 1955

Today is Jackie Robinson Day throughout the Majors, marking the 64th anniversary of the day baseball's color barrier was broken. It also commemorates the 64th anniversary of his historic debut in Major League Baseball with the Brooklyn Dodgers. Almost 14,000 of the 26,623 in attendance at Robinson's first game, which took place at Ebbets Field, were black patrons