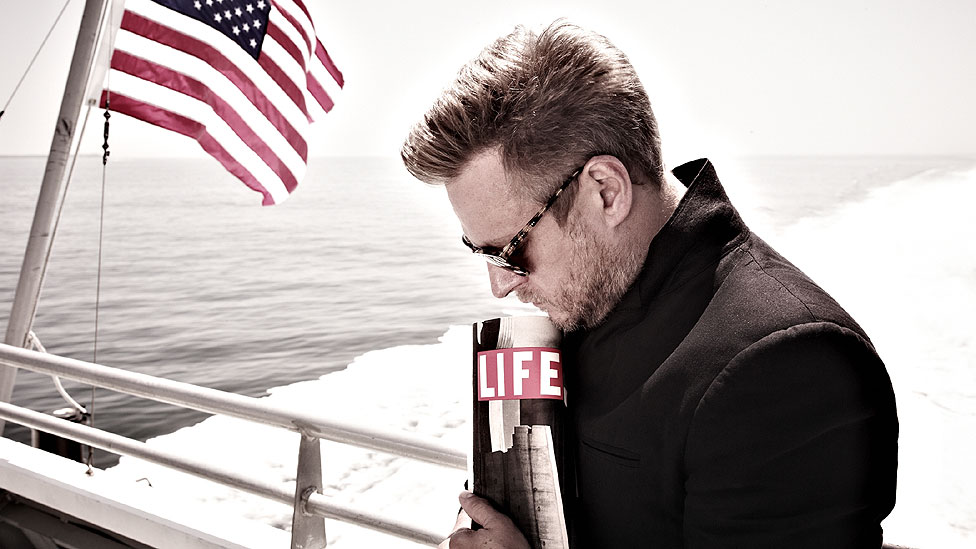 From Hopper to Hollywood, Mississippi mud pies to music, Steinbeck and more, controller of BBC Four Richard Klein has announced an ambitious America Season, a collection of thought-provoking programming for Autumn/Winter 2011 which will explore the rich cultural heritage of 20th-century America.
The season will feature a broad range of American culture across visual arts, music, movies, gastronomy, photography and popular culture.

Programming ranges from Andrew Graham-Dixon on the Art Of America to Melvyn Bragg on Steinbeck; Rankin on the photography of Life Magazine to Rick Stein on food and blues in Mississippi; and from a series looking at African-American music legends of the Eighties to a documentary on diners.

Established in 1936, LIFE was an iconic weekly magazine that specialized in extraordinarily vivid photojournalism. Through America's most dynamic decades â€“ the 40s, 50s and 60s â€“ read by over half the country, the magazine's influence on American people was unparalleled.

No other magazine in the world held the photograph in such high esteem; LIFE allowed the pictures, not the words, to do the talking.

As a result, at LIFE, the photographer was king.

In this film, the UK's leading fashion photographer, Rankin, looks at the work of LIFE's legendary photographers, including distinguished photographers Bill Eppridge, John Shearer, John Loengard, Burk Uzzle and Harry Benson, who between them have shot the biggest moments in American history from the assassination of Robert F Kennedy, the Civil Rights struggle and Vietnam to behind the scenes at the Playboy mansion and the greatest names of Hollywood.

Rankin discovers these photographers pioneered new forms of photojournalism like embedding â€“ living with their subjects for weeks â€“ and the Photo Essay, enabling them reveal intimate and compelling aspects of ordinary American life too; like 'The Small Town' or the life of 'The Country Doctor'. Rankin concludes that LIFE not only tells the story of America in pictures, but also taught America how to be American.