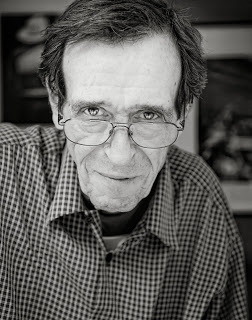 The Globe and Mail: Photographer Bill Eppridge: an eyewitness to moments in history

RFK Center:  Deepest Condolences on the Passing of Bill Eppridge

CBS News: Bill Eppridge, photographer at RFK assassination, dies;
In this 2008 interview, he talks about the moment Kennedy was shot.

Herald Scotland: "Bill Eppridge was a photojournalist who took what is considered to be one of the greatest news pictures of all time"

From his first college newspaper, University of Toronto's The Varsity:
Pages from the Past: Bill Eppridge

"The man could shoot anything. And he did. Goodbye, Bill. And thanks."

THE HISTORIC MASTER VINTAGE PRINT OF ROBERT KENNEDY SHOT
Bill Eppridge was one of the most accomplished photojournalists of the Twentieth Century and  captured some of the most significant moments in American history: he covered wars, political campaigns, heroin addiction, the arrival of the Beatles in the United States, Vietnam, Woodstock, the summer and winter Olympics, and perhaps the most dramatic moment of his career - the assassination of Senator Robert Kennedy in Los Angeles. His most recent project was to record the disappearance of the American Family Farm and he was as passionate about this subject as he was any other.
It would be difficult to overstate the importance of Bill Eppridge's visual contribution to American History. A recent retrospective of his work at Monroe gallery was titled: “Bill Eppridge: An American Treasure”. He was indeed a treasure, and he is already missed.  --Sidney and Michelle Monroe

Bill Eppridge is a sobering reminder of the necessity of a common history to a civilized society. 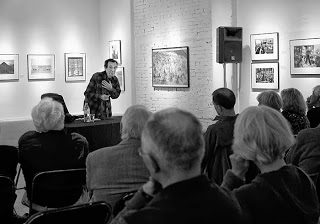 It's hard to write or even to read the words about the passing of Bill Eppridge. A little older than I was, to me and my generation (the late sixty somethings) Bill was always one of those guys to whom we could point and realize that THIS GUY was the photo journalist you wanted to be. Tough, dedicated, a rare sense of humor, willing to share and guide (he once gave me one of the kindest beratings over some pictures I had in a round-up piece to which LIFE had assigned both of us..) it was never snarky, since he didn't need to be snarky about anything. Even when he was dealt a lousy hand with health issues, he kept motoring ahead, and was never, ever, without a Nikon of some sort to catch that inevitable fleeting moment. I only once got to share a fishing line with him, in Thomas Mangelsen's back yard. He kept trying to show me how to throw the line in so that some clueless fish might forget ...to reject me. I have a feeling that the 'fishing Bill' was a whole different side of him, and sorry I missed it. He and Adrienne were a great couple. The last time we hung with them was in NY when Bill, Melanie Burford and I judged the N Y Press photographers contest a year and a half ago. It was a blast to see what was, and wasn't acceptable to Bill. He had high standards for his craft, and was probably tougher on himself than anyone else. Bill had one of those great grins: it was somewhere between shit-eating and cat swallowing canary. In fact it might have even been canary swallows cat. It was as if there was always one more story to tell, and he'd just heard the punch line, and wanted to be the one to share it. I'm sorry we won't have him around to tell some of those stories. He was a master at it in all ways.
﻿