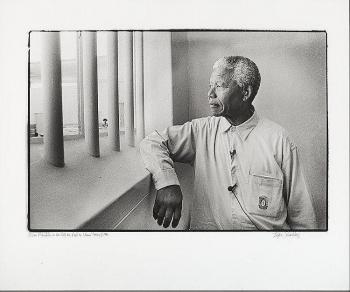 Celebrated photographer Jürgen Schadeberg has died at the age of 89

Celebrated photographer Jürgen Schadeberg has died at the age of 89.

With a large body of work and critical acclaim internationally, Schadeberg will be most remembered by younger generations for his famous photograph of Nelson Mandela looking through the bars of his Robben Island prison cell.

This photograph was voted as one of the 50 most memorable images of the 20th century by The Photographers Gallery in London.

He became a photographer and layout artist at Drum magazine.

He documented some of the most important events in South Africa’s modern history, including the Sophiatown removals in 1955, the Treason Trial in 1956, and the Defiance Campaign of 1952.

He was moved to London in 1964 and returned to South Africa in 1984 where he continued his work in documenting daily life.

In a moving tribute on Facebook, journalist Hazel Friedman said that another “giant has departed this realm after a life dedicated to documenting the most brutal and banal moments of South Africa and the world…

“As if those blowtorch blue eyes weren’t disconcerting enough, there was the softly modulated voice and rapier-sharp tongue that could reduce the most opinionated among us to the status of road kill,” she wrote.

“Not only was he a living legend and a hero to many generations of photojournalists during and after apartheid; he was an uncompromising perfectionist, accepting of nothing less than the best.

“He was also a man of such immense compassion, with a wry humour and unexpectedly shrill giggle that often camouflaged his profound empathy. Yet nothing could obscure his outrage at the horrific violations of human rights in his native Germany; nor in South Africa where he helped transform a hum-Drum magazine into Africa’s leading publication on politics, culture and brilliant journalism – both through pictures and prose,” she wrote.