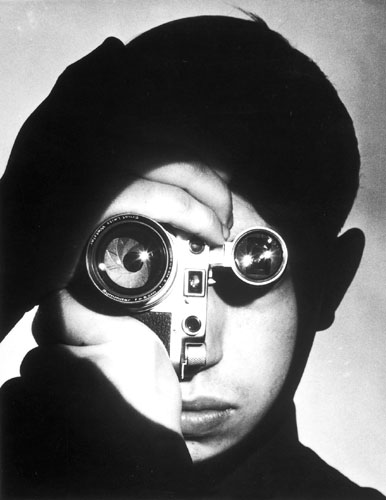 Dennis Stock, whose photographs may have done almost as much to create James Dean’s public persona as the actor’s own performances, died Monday in Florida. He was 81.

The announcement was made Wednesday in New York by the Magnum Photos co-operative, where Mr. Stock was a member and a mainstay for six decades. Yes. Six decades.


“Dennis Stock seems impeccably contemporary in his perceptions, whether they be of splendid nature or ‘peccable’ humanity,” the critic and essayist Ralph Pomeroy wrote in “Contemporary Photographers” (1982). “He has managed to evoke jazz without the assistance of sound — its places, its atmosphere, its times, its makers.”

Stock’s choice of subject, his attitude of observance, the ‘color’ of his interests, reveal him as truly of his time, not in the sense of being ‘with it,’ which has to do with the ephemeral and fashion, but in the sense of attunement to the temper of American modern experience.

As a 23-year-old, Mr. Stock came to national attention in 1951 when he won the first prize in the story division of Life magazine’s young photographers’ contest for his essay on the arrival in New York of displaced persons from Europe who had been homeless since the end of World War II.

In “Get the Picture: A Personal History of Journalism” (1998), John G. Morris recalled that Gjon Mili, for whom Mr. Stock was then working, believed at that moment that the young man was ready to go out on his own. Robert Capa agreed and brought him aboard Magnum. Mr. Morris continued:

Dennis is probably best known today for his 1955 essay on James Dean — and specifically for a single image of Dean, in Times Square, walking the ‘Street of Broken Dreams,’ his shoulders hunched, his head pulled low inside an overcoat. The essay appeared in Life and did much to help make the short-lived actor a cult figure.

Mr. Stock avidly kept track of new developments in photography and regularly submitted comments to the Lens blog — on the work of Christopher Anderson, John Trotter, Bill Eppridge, Emilio Morenatti and the depiction of suffering in art.

“The goal for the photographer is be be visually articulate,” Mr. Stock wrote. “If the subject is in a suffering circumstance, it is all the more preferable to apply craft to the utmost. Call it art or not, we photographers should always try to pass on our observations with the utmost clarity.”

Mark Lubell, Magnum’s New York bureau chief, said he had been in discussions with Mr. Stock as recently as two weeks ago about future distribution plans. “Dennis’s dedication to his craft and his desire to ensure Magnum’s future have been extremely important to the organization,” he said.
‹ PREVIOUS   |   NEXT ›