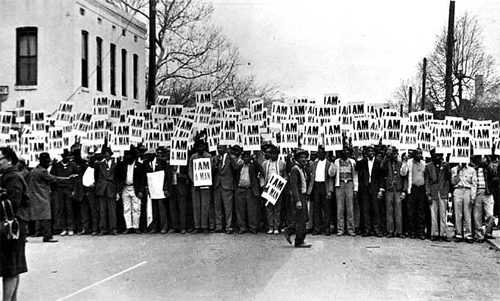 Santa Fe--Monroe Gallery of Photography, 112 Don Gaspar, is pleased to present "Ernest Withers: A Life's Work". The exhibition opens with a public reception on Friday, October 4, from 5 - 7 PM with very special guest Rosalind Withers, Ernest's daughter and President/Board Chairman of the Withers Collection Trust. The exhibition continues through November 24, 2013.

Ernest C. Withers was, in his own words, 'a news photographer', 'recording events that were taking place.' Momentous events were occurring and he recorded them for newspapers and magazines across the country, covering dramatic civil rights stories, Memphis as the epicenter of the musical life of the nation, and the plethora of outstanding African American players that gave rise to Negro League baseball. His life's work is an encompassing and moving chronicle of the great American crusade of the second half of the Twentieth Century.

Ernest C. Withers' interest in photography began in his eighth grade year at a Memphis school. More than seventy years later, he continued to maintain a studio on Beale Street - once the Memphis epicenter of the musical life of the nation. After graduation from high school in 1941, Withers joined the army. He attended the Army School of Photography and later operated a freelance business photographing white soldiers stationed in Saipan. Withers died October 15, 2007, following complications from a stroke.

With his photographs appearing in Life, Time, Newsweek, Jet, and the Defender, among many others, Withers' more than 50 years of images validates the message emblazoned on his business card: PICTURES TELL THE STORY. (More)