FreePress: Journalists in Need of a Safety Net 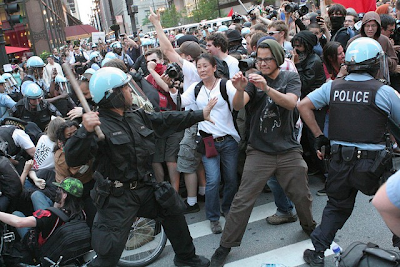 More and more independent journalists and citizens are putting themselves on the front lines to cover city halls and city streets, politics and protests â€” and theyâ€™re doing so without the support or protection afforded staff at established newsrooms.

Indeed, these journalists undertake incredible personal and legal risks to do their work. The Committee to Protect Journalists found that of the 179 journalists imprisoned worldwide in 2011, 86 were digital journalists and 78 were freelancers. Here in the U.S., nearly 90 journalists â€” many of whom are independents or freelancers â€” have been arrested or detained in the past year, and in state after state people have scuffled with police over their right to record.

We cannot build a bright future for news if we cannot create ways to protect and support the independent and citizen journalists who are trying to create that future.

Some of these journalists are building new networks of support to expand their reach and insulate them from legal threats. Learn more about these ad-hoc support networks in my post on PBSâ€™ Media Shift site.