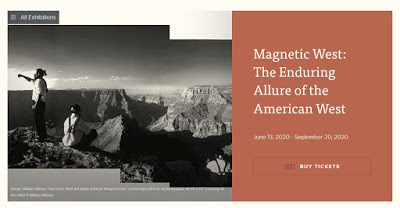 Via The Figge Museum

Organized by the Figge Art Museum, Magnetic West features over 150 photographs by some of the most renowned photographers of the 19th and 20th centuries. Picturing the west as a metaphor for promise and peril, the exhibition explores issues of identity, implications of living in a changing landscape, and the centrality of Native and immigrant communities to the essential dynamism of the region. Including images made by artists from the U.S. and abroad, the exhibition expands the dialogue of how our view of the west has evolved from the 19th century to today. 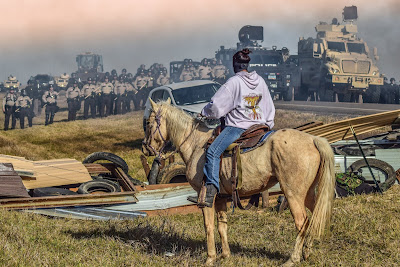 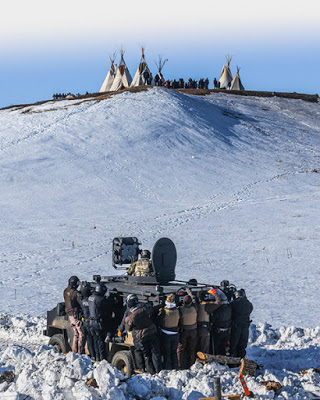 Last Child Camp: Protesters face off with police and the National Guard on February 1, 2017,
near Cannon Ball, North Dakota.