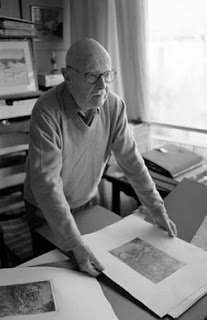 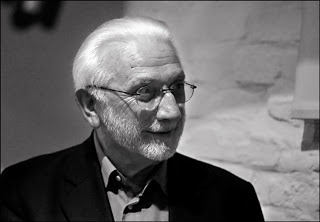 
We wish Lucien Clergue and Willy Ronis Happy Birthdays and congratulations on milestones - Clergue turns 75 and Ronis 99 - on August 14.
Lucien Clergue is a fine arts photographer, author, lecturer, educator, and filmmaker. He has enjoyed world-wide success with exhibitions across five continents. In 2003, Clergue was appointed a Chevalier of the French Legion of Honor for his work in the field of photography, and in 2005 he was the Lucie Award recipient for the Lifetime Achievement in Fine Art. In 2007, he was elected into the Academie des Beaux-Arts.
Willy Ronis was born in Paris in 1910, the son of Jewish immigrants from Russia and Lithuania. As a young boy, he worked with his father in the family portrait studio and studied piano. His love of music as well as his early photography work developed Ronis' sense of composition. He followed his passions into a career in photojournalism, and, as a result, Ronis became part of the great Parisian group of documentary photographers that also included Henri Cartier-Bresson and Robert Doisneau. The images created by Willis Ronis capture the simple pleasures of everyday life. Not one to focus on suffering, his' photographs are often light-hearted, humor-filled, and full of compassion even as they capture the delight of French "joie de vivre." As one of the great masters of twentieth century photography his work is in the collections of major museums and private collectors around the world. His work is being celebrated at the 4oth annual Les Rencontres d'Arles festival.