History, One Photo at a Time 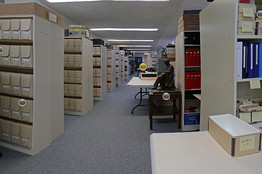 Click here for interactive look inside the archive﻿
The Wall Street Journal
May 11, 2011

When my grandmother passed away a few years ago, it fell to me to clean out her apartment—after the good stuff was divided among family members or sold—and decide what should be thrown out and what kept. It was also up to me to preserve things such as photographs, some dating back to the 19th century, and postcards. The latter ranged from black-and-white scenes of Eastern European capitals in the 1920s to a view of the Empire State Building before it got its antenna to a 1940 color photograph of the brand new Pennsylvania Turnpike.

My mother was pretty good at being able to identify many of the faces in the photographs from the '20s and '30s—friends and relatives relaxing at the beach, having a picnic, going out for a spin in a roadster and my grandmother proudly posing alongside her cowboy tour guide during my grandparents' first trip to the U.S., in 1938.

There were also some people my mother couldn't recall, but that her parents surely would. Short of death, there are few things that remind one of the evanescence of life as profoundly as the realization that when loved ones go they often take with them, and forever, information they would have had at their fingertips.

I was also surprised that I seemed almost the only one in the family who had any interest in preserving all this stuff. I'm not sure what to chalk it up to—possibly sentimentality, a hoarding instinct or the belief that it remains important, though for reasons I can't quite articulate.

In any case, it's hard enough keeping track of this material across a couple of generations, let alone five of them, as the Meserve-Kunhardt Foundation, which I visited recently, has been able to do. And theirs aren't family photos, either. Started by Frederick Hill Meserve, the family patriarch, in the 1890s, and comprising more than 200,000 items, the collection constitutes one of the nation's greatest archives of Civil War and Abraham Lincoln photographs, taken by the likes of Matthew Brady and Alexander Gardner. The trove includes a lock of Lincoln's hair (with an accompanying handwritten note from Dorothy Meserve Kunhardt, Frederick's daughter, explaining its provenance) and the battered wooden boxes Matthew Brady took into the field for storing his negatives. 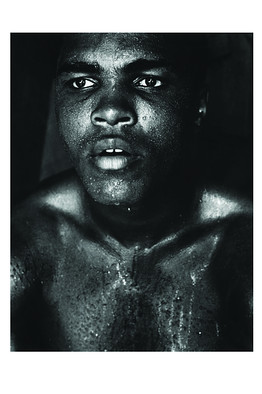 Furthermore, Meserve-Kunhardt owns the photographic archive of Gordon Parks, the celebrated Life magazine photographer. Mr. Parks, who died in 2006, was a civil rights trailblazer as Life's first African-American photographer. And he was a close friend of Philip Kunhardt, a managing editor at Life, and Mr. Meserve's grandson. "Gordon Parks, who was an old friend of our family and spent Thanksgiving at our home, was so impressed by this family keeping its collection together he decided he wanted the Gordon Parks Foundation to be established as a division of Meserve-Kunhardt," explained Peter Kunhardt Jr., the foundation's current director and Frederick Hill Meserve's great-great-grandson. "He was incredibly close with my grandfather on a personal level. That's a big reason why we have the Gordon Parks collection."

Within the last few years the Meserve-Kunhardt Foundation has also acquired the archive of another Life magazine photographer, Edward Clark, whose most famous image is that of the tear-streaked face of Graham Jackson, a Navy accordion player, taken as FDR's hearse passed on the way to the train station in Warm Springs, Ga. Meserve-Kunhardt's copy of the print is autographed by Messrs. Jackson and Clark.

The experience of visiting the foundation—located at SUNY Purchase in Westchester—is nothing short of thrilling, though one wouldn't normally associate sifting through old photographs with high excitement. (Then again, maybe I'm not the right person to ask, as I decided we had to save the pictures from the '30s of my grandmother flirting with her ski instructor in St. Moritz.) Open any drawer and you're pretty much guaranteed to get—please, oh, please forgive me, Henry Steele Commager, James MacGregor Burns, Shelby Foote, etc.—a Jell-O shot of American history. 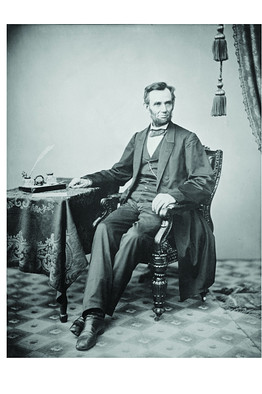 The Meserve-Kunhardt Foundation
The foundation has a trove of Lincoln photos.
It starts with the Lincoln portraits. Indeed, there are so many of them that in 2009 the Kunhardts published "Lincoln Life-Size" a monograph devoted entirely to studies of Lincoln's face across a 20-year span from 1846 to 1865. But Lincoln is just the tip of the iceberg. While I fully understand that the earliest image of Lincoln ever taken might make stand the hairs on the back of the neck of a presidential historian but not excite everyone, who can resist Ed Clark's image of JFK taking a break from the pressures of the presidency to check in on baby Caroline in her crib?

The Kennedys apparently so liked the image that President Kennedy was photographed holding a framed copy of the picture. And Jackie Kennedy sent Mr. Clark a thank-you note in 1964 describing the picture as one of her favorites and adding, "I shall treasure it forever—as a reminder of such happy days—when we were all together…." The note is also part of the collection.

However, it's the Gordon Parks connection that lends the foundation much of its glamour—attested by the fact that the honorees at a June 1 gala for the Gordon Parks Foundation include Spike Lee, Karl Lagerfeld and Arianna Huffington, with Iman serving as mistress of ceremonies. Among the Parks works are intimate portraits of celebrities taken over the course of his eventful career and ranging from the likes of Aaron Copeland and Ingrid Bergman, in the throes of her love affair with Roberto Rossellini, to Muhammad Ali.

It also serves to remind that Meserve-Kunhardt remains very much a family affair. Indeed, Peter Jr. grew up with the Foundation's 1863 Alexander Gardner imperial albumen portrait of a seated Lincoln. "It hung in the living room over the fireplace," he remembered, "until we realized it shouldn't be in that environment."

Write to Ralph Gardner at ralph.gardner@wsj.com