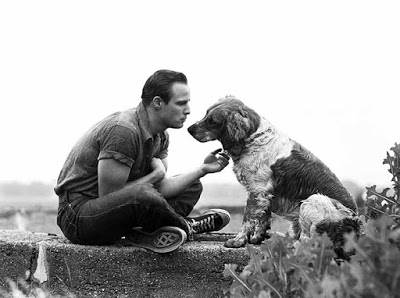 
By Maria Egolf-Romero
Lifelong photojournalist Art Shay says that his favorite photo shoot was with the legendary Marlon Brando. He tells SFR—during a phone interview from his home in Chicago—that the superstar asked Shay for lady tips. “We were both the same age, about 27. He said, ‘Well, you’ve been around Life magazine a long time. Can you tell me how you know if a young woman is coming after you—is she really hot for you, or is she trying to advance her career?’”
Shay says he answered with age-old, sage advice: “I advanced the same argument that had been historically advanced, which is, ‘You have to figure some things out for yourself.’”
Now 94, Shay helped cultivate the iconography of American history throughout his 70-year career working for publications such as Life and Time magazines. He’s captured nine presidents and countless celebrities, and his work is in the permanent collections of major institutions like the Museum of Contemporary Photography in Chicago and the National Portrait Gallery in London. 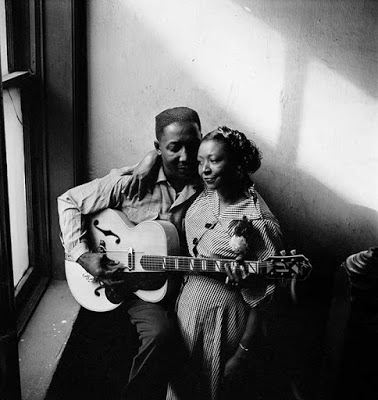 Muddy Waters and his wife, Geneva, 1950
Art Shay
Shay’s portfolio has, in fact, shaped the public experience of modern history. Viewers can see a representative sampling at an upcoming exhibit of his photography opening Friday at Monroe Gallery of Photography. “As you really study his work, it’s almost like the work of multiple different photographers,” says Sid Monroe, who co-owns and curates the gallery with Michelle Monroe. “There is an element of street photography, there is photojournalism and documentary photography, there are some elements that are autobiographical. He photographed his wife over the entire course of his marriage and made really beautiful photographs—if the viewer didn’t know it was his wife, it wouldn’t matter.”
Shay’s photographs may feature many different subjects, but each portrays a mood and a story. “I think there are a couple of components to that,” Monroe continues. “The first criteria for a photographer is that a single image conveys a story, captures the time and the emotion; the second part is less under the control of the photographer, and that is the window of history, being present in a moment. And I think what Art did was recognize that he was in the presence of history.”
The exhibit features about 50 of Shay’s photographs, representing multiple periods throughout his career. “What we found so astounding was the enormous range of his work. We tried to present and illustrate that and, at the same time, show off what we feel is a really unique approach to how he made photographs,” Monroe tells SFR.
Shay’s approach, eye and technique produced everyday images just as striking as his portraits of American elites. “There is something so uniquely American about his experience and his perspective and it translates into his images,” says Monroe. “You have these wonderful pictures of children playing in essentially the ghetto of Chicago, and they are just as iconic as pictures of President Kennedy.”
Shay is a bit of a comedian, too. “There’s a place for humor and most photographers don’t handle it too well, [but] I’d like to think that a lot of my pictures are funny,” he says, referring to a particularly humorous photo he snapped as he witnessed three delivery trucks marooned in snow drifts on an empty street in the Bronx, each emblazoned with the words “co-op.” As the drivers assisted each other in escaping their snowy tombs, Shay’s shutter opened and closed. “So I have one picture in which I show the street trucks cooperating and getting each other out of the snow. I thought that was pretty funny,” he says. “I was only 17. I still think it’s funny.”
Many of the events Shay photographed—especially on magazine assignments—were captured in the presence of a slew of other photographers, yet it is his work that stands out among the crowd and that we still see today. These assignments didn’t always include glamorous celebrities. “What makes one photographer’s image stand that test of time?” Monroe posits. “Again, it’s that ability to really capture it,” he says.
And yet, Shay isn’t quite the famed artist he probably should be. Considering he has photographed everyone from Liz Taylor to Mohammad Ali and many of our nation’s most important protest movements, he’s supremely humble. “Art has been a very gentle soul,” Monroe says of the photographer. “He has worked hard and had great success—he hasn’t promoted himself, he hasn’t really reached for recognition. We feel so fortunate because we feel like we’re almost bringing an undiscovered genius to light. We want to be on the rooftops and say, ‘Hey, everybody look at this guy!”
Art Shay: Storyteller Opening reception
5-7 pm Friday Nov. 25. Free.
Monroe Gallery of Photography,
112 Don Gaspar Ave.,
505-992-0800