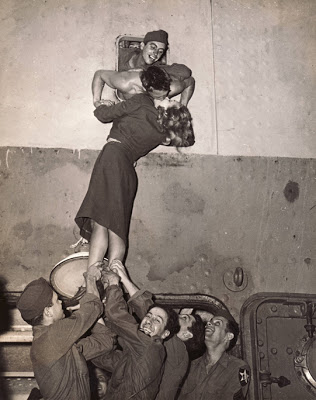 Born in the Bronx, New York, on June 1, 1916, Irving Haberman became one of the preeminent news photographers of the 20th century. During an illustrious career that spanned nearly 50 years (1936-1985), including 35 years at CBS, Haberman liked to say he â€œshot â€˜em allâ€, and that he did. With a breadth of work astonishing for just one man, his collection features more than 10,000 negatives and vintage prints, covering some of the most celebrated personalities and defining moments of his era, together with the struggles, aspirations, and triumphs of ordinary people. In recognition of his work, Haberman won more than 70 awards, including Photographer of the Year (1969) and a Lifetime Achievement Award (1991), both from the prestigious New York Press Photographers Association.

In 1995, Haberman celebrated the publication of "Eyes on an Era: 4 Decades of Photojournalism by Irving Haberman" by Rizzoli, which featured commentary from his dear friend and former CBS colleague, Walter Cronkite. Mike Wallace, another friend and colleague who attended the opening night exhibition of Habermanâ€™s work at the International Center of Photography in New York noted at the time, â€œIrving Haberman had the gift of friendship, which lured the folks whose pictures he shot to give him their best. In return, he gave them vivid and evocative pictures.â€

Haberman became friends with many of the celebrities and newsmakers he shot over the years, but it was always his family that mattered most. He was married for 60 years to his wife Beulah, before her passing in 2001. Haberman passed away March 25, 2003 at the age of 86. He is survived by two daughters and four grandchildren.