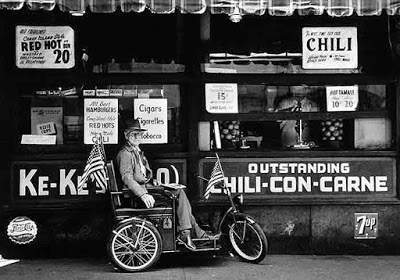 A major exhibition of photographs from one of Americaâ€™s most accomplished photographers, Art Shay, November 25 through January 22, 2017. Opening reception with Art Shay Friday, November 25, 5-7 PM.

For over 70 years, Art Shay has documented life, combining his gifts of storytelling, humor and empathy. Born in 1922, he grew up in the Bronx and then served as a navigator in the U.S. Army Air Forces in World War II, during which he flew 52 bomber missions and a series of pictures he took of a collision between two B-24s above his air base in East Anglia was published in Look magazine. Shay joined the staff of Life magazine as a writer, and quickly became a Chicago-based freelance photographer for Life, Time, Sports Illustrated and other national publications. He has photographed nine US Presidents and many major figures of the 20th century. Shay also wrote weekly columns for various newspapers, several plays, children's books, sports instruction books, many photo essay books and authored several pays. Shay's photography is in the permanent collections of major museums including the National Portrait Gallery, the Museum of Contemporary Photography, Chicago, and The Art Institute of Chicago. Although his last formal assignment was in 1988, when he shot the night the lights went on at Wrigley Field for Time Magazine, Shay has continued actively photographing in his later years.