Malcolm X was born Malcolm Little on May 19, 1925 in Omaha, Nebraska 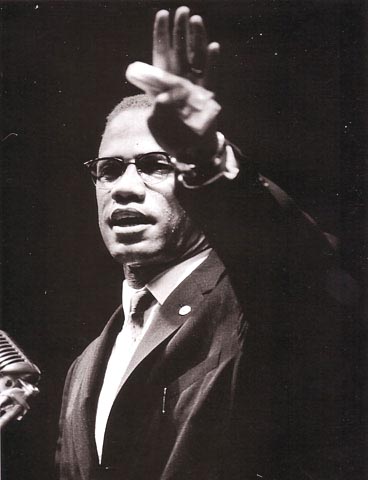 Gordon Parks: Malcolm X Addressing Black Muslim Rally in Chicago, 1963
"May 19th is the date one of the most influential and greatest African Americans in history was born, El Haaj Malik El-Shabazz, known to us as Malcolm X.

Today marks what would be the civil rights activist's 86th birthday. He was many things to many people, but he was nothing short of legendary. He is credited with pushing for democracy in modern Black America, spreading Islam in black communities and boosting the morale of African Americans.

He once said he wanted 'to bring about the complete independence of people of African descent here in the western hemisphere...and bring about the freedom of these people by any means necessary.'"