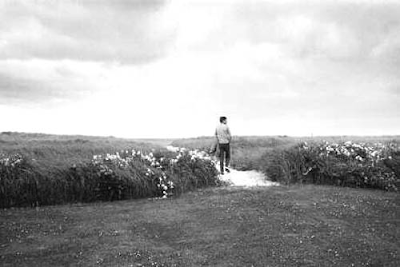 Sights of the Round Table
Ryan Collett

Camelot is coming to Santa Fe.

Jackie, John and the whole gang bring some classic New England Americana to the desert in an exhibit of rare photographs by Mark Shaw. Up until his death in 1969, Shaw was the Kennedy family’s private photographer, which gave him unprecedented access to intimate and candid moments.

Before landing his gig with the first family, Shaw worked as a fashion photographer for high-profile magazines, photographing such crown jewels of the 1950s as Audrey Hepburn, Grace Kelly and Pablo Picasso. When LIFE magazine assigned him to cover JFK’s election bid in 1959, Shaw’s personal friendship with the Kennedys began, and voilà!—a photography goldmine.

And just in time for election season (err… well, sort of), Shaw’s photographs of the family shy away from typical presidential-candidate fodder such as panoramas of big crowds or fancy desks littered with briefings.

Instead, his images capture the unpredictable side—one you wouldn’t necessarily associate with a subject as bold as the Kennedys. One shot even shows a lonely Jackie perusing the aisles of a grocery store.

The photos are humanizing, debunking the mythos so often associated with the New Englanders, and they pack an emotional weight that could move even the most polarized of the politically polarized. Shaw’s photos take us away from the normal hubbub of Kennedy’s presidency—I can’t think of a better post-election detox than that. 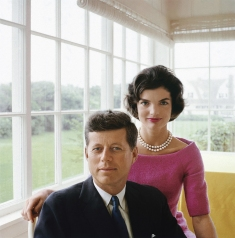