We started to write about this weekend's special book signing by Neil Leifer of his recent book, "Guts and Glory: the Golden Age of American Football". But another blogger did a better post. See below.


What’s Wrong With This Picture? 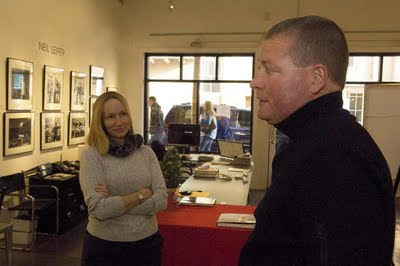 These are Michelle and Sidney Monroe. They own the Monroe Gallery of Photography at 112 Don Gaspar, in Santa Fe.

It features post World War II photojournalism; mostly from the age of the weekly photo magazine; the LIFE and LOOK era.

Visiting the gallery and its 10 to 12 exhibitions each year chronicle recent history through the lenses of some of the most prominent photojournalist of the last 65 years.

So what’s wrong with this picture?

As is my practice, those who make it to my blog roll, right, do so only after having had a post written about them. These are the sites I read and recommend to my readers.

In this case, Sidney started it.

In the background of the host of this site, Blogger, there is a section that indicates people who regularly follow your work. Monroe Gallery of Photography is one such follower.

He also is a good editor of the art and photographic scene. He has his twitter site on his blogspot and it is worth following.

I was first introduced to Monroe’s through a University Art Studio class visit in 2002.

The gallery had moved from lower Manhattan after the 9/11 attacks on the World Trade Center. Though blocks away, their gallery was within what Sidney called “the zone,” the area that was without power for months following the attacks.

The Monroes knew Santa Fe and moved after 20 years. 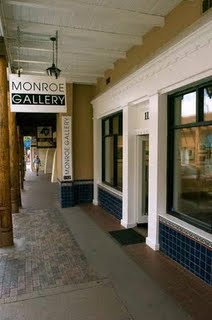 The Monroes backgrounds as art curators stem from their work: Sidney is the economics end the business, who says he is not photographically inclined, he was the retail manager for the Metropolitan Museum of Art, Michelle worked at Cooper-Hewitt, National Design Museum, Smithsonian Institution. 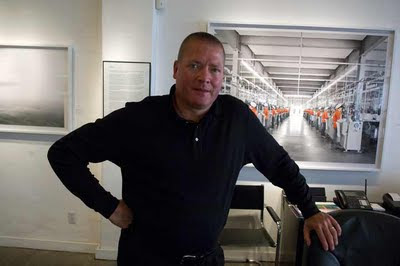 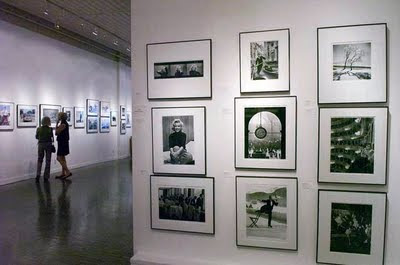 Senior Life magazine photojournalist Alfred Eisenstaedt turned to the Monroes to assemble his first exhibition and then to represent the sale of his work, above.

Over the years the Monroes came to know many of the photojournalists of the 20th and now 21st century whom they would go on to represent. 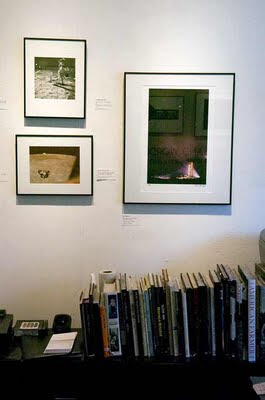 The gallery is a continuously changing museum of history. 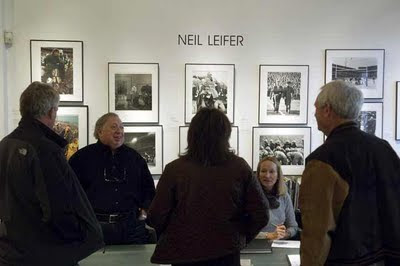 This weekend they brought in Neil Leifer, left, the renowned photojournalist, possibly best known for his years of work at Sport Illustrated, for a book signing event.

I always knew I was not a sports photographer by simply looking at Leifer’s work.

Leifer’s biography is about a young man with great eye, timing, and a true understanding of sports. 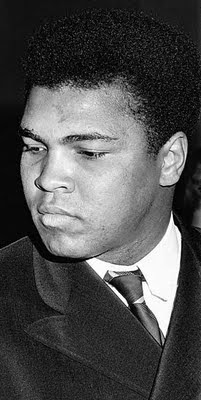 One of his favorite subjects was Muhammad Ali, me too. I shot Ali, above, while he was banned from fighting. 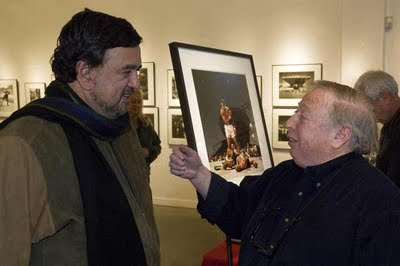 Saturday afternoon I went to the book signing and ran into one of the biggest sports fans in New Mexico, Governor Bill Richardson. He owns a print of the photo of Ali taunting Sonny Liston after knocking him out in their rematch. The print was a birthday gift from political friends and staff according to New Mexico Department of Cultural Affairs Secretary Stuart Ashman, who was also present.

Richardson dominated the conversation, yet no one seemed to have any complaint because the Governor drew out stories about historic sporting events. 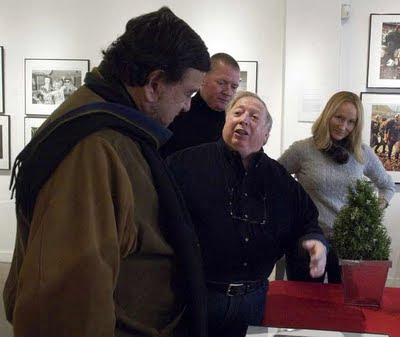 Leifer turned the tables when he challenged Richardson to identify some of the men in the photo of President John Kennedy and Vice President Lyndon Johnson during an opening game at a Washington Senators' baseball game. For the ultimate sports and political fan, Richardson was unable to aid Leifer in trying to identify the unknown people in the Presidential box.

I recognized some, but they were the major political figures of the day from Capitol Hill. Leifer believes the unknown men to have been Baseball Commission officials.

The early 1960s is a long time ago. I was still playing little league. Richardson was already playing school ball. The Governor bought a copy of Leifer's book, Ballet In The Dirt: The Golden Age Of Baseball. 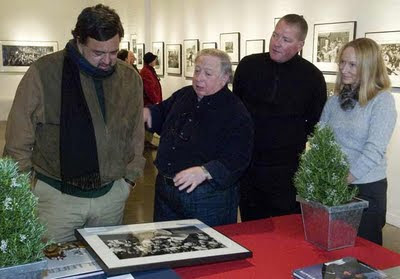 As much as I appreciate Leifer’s work, I can’t afford an original, a book or two, yes. However, Liefer asked that I send a picture of him with the Governor, so he has an MGB original.

I am a retired law enforcement officer who has a life long interest in photography and journalism. I focus mainly on issues of local politics, though I will step off into state, national and international issues. I have a history of watching government closely with a particular eye on process. I look carefully for the unusual, quirky and any exceptions that are granted which cause unfair treatment amongst citizens or businesses. I view governmental activity first through a constitutional lens. Then I assess adherence to process, the rule of law and the rules that govern them. I look for and attempt to expose hypocrisies and inconsistencies. I also look for laws that do not forward the ideals of human rights. I will rail at bad, unenforceable, unconstitutional laws and those who create and attempt to enforce them. Original photographs, photographic and video services are available upon request.