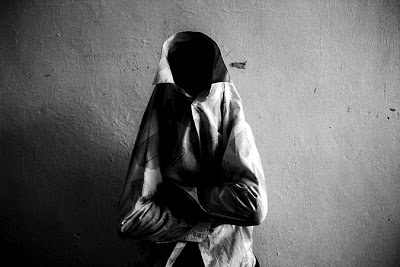 Kim Jeong-Ya (a pseudonym), 67, lives in China near the North Korean border and belongs to a handful of Chinese human rights activists who dedicate their lives to help both North Korean defectors and abducted South Koreans make a safe passage from North Korea to South Korea via mainland China.
Photo credit: Â© Katharina Hesse

2013 will mark a milestone for the Open Society Foundationsâ€™ Moving Walls exhibition. It will not only be our 20th exhibition since starting in 1998 but will be the inaugural exhibition at the Foundationsâ€™ new headquarters at the Argonaut building on 57th and Broadway in New York City. Moving Walls is a documentary photography exhibition produced by the Open Society Foundations that features in-depth explorations of human rights and social issues. These images provide human rights evidence, put faces onto a conflict, document the struggles and defiance of marginalized people, reframe how issues are discussed publicly, and provide opportunities for reflection and discussion. Since 1998, Moving Walls has featured over 150 photographers.

For the exhibition that will open in our new office, we received 300 proposals from 49 countries through an open call. The proposals were carefully reviewed by the Documentary Photography Project staff, an advisory committee of foundation staff, and the showâ€™s longtime curators, Magnum photographer Susan Meiselas and Stuart Alexander, International Specialist at Christies. We recently completed selection and are pleased to announce that the following photographers have been chosen:
In contrast to our current location, the new exhibition space will be located on the street level in a public conference space. That, combined with being more centrally located on 57th Street, gives us opportunities to engage with the public in a different way. The current office has been a great home to Moving Walls but I am excited for the new possibilities. Stay tuned for more information as we get closer to the opening of the exhibition.

Related: People Get Ready: The Struggle for Human Rights exhibition