The special issue of People magazine dedicated to Elizabeth Taylor had a wealth of great photographs of the iconic star, including this classic by Richard C. Miller: 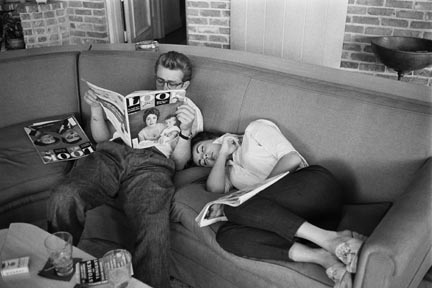 ï»¿James Dean and Elizabeth Taylor take a weekend break in Houston from filming "Giant", 1955
Unfortunately, as many of our friends have pointed out, much of the caption information in the special issue was wrong. Eagle-eyed readers noted that People was off on a few details -  it was not Dallas, it was Houston. It was not the set, since the set of Giant was in Marfa. It was at a friend's home in Houston.
This photograph is included in the current exhibition "Richard C. Miller: 1912 - 2010" through April 24. Come see it!