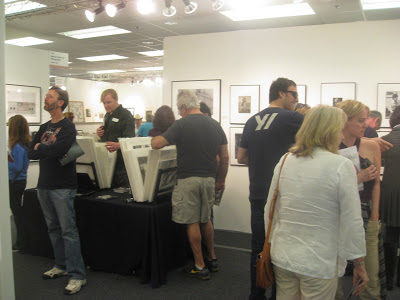 Sunday, traditionally the final day of the Photo LA fairs of the past, was another busy day. This year, the 20th anniversary edition of Photo LA has been extended to include Monday, the Martin Luther King Jr. holiday celebrating his birthday. 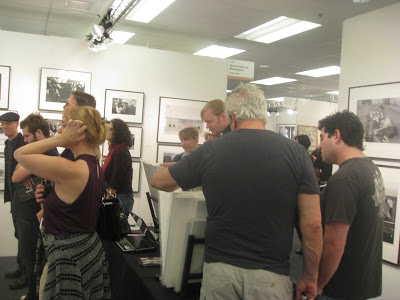 We have been tremendously proud to introduce, for the very first time ever in the world, the premiere of several renowned photographer's original prints. ﻿
Including Eric Draper: 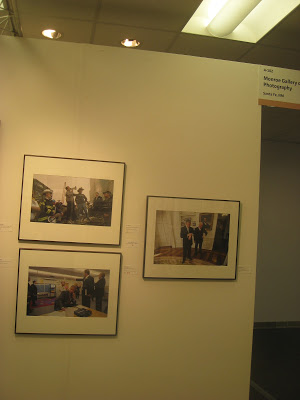 Eric ﻿Draper served as Special Assistant to the President and White House Photographer for President George W. Bush. Draper documented the entire eight years of the Bush administration and directed the conversion of the White House Photo Office from film to digital.

Prior to joining the White House, Draper was West Regional Enterprise Photographer for the Associated Press. His many assignments included the 1996 and 2000 presidential campaigns, the 2000 Summer Olympics in Sydney, Australia, the Kosovo conflict in 1999, and the 1998 World Cup in France.

Draper has also worked as a staff photographer for The Seattle Times, the Pasadena Star-News and the Albuquerque Tribune.

He won the Associated Press Managing Editors' Award for three consecutive years, the 1999 National Headliner Award and was named 1992 Photographer of the Year by Scripps Howard Newspapers. He is a graduate of California State University, Long Beach. Monroe Gallery is extremely honored to represent Eric Draper's historic photographs. not surprisingly, his photographs have attracted a lot of attention at Photo LA. much more to come on future posts about Eric Draper.

Stay tuned for our Photo LA wrap up!