Photographs from Ed Kashi's groundbreaking project, Aging in America, were recently acquired by the Library of Congress 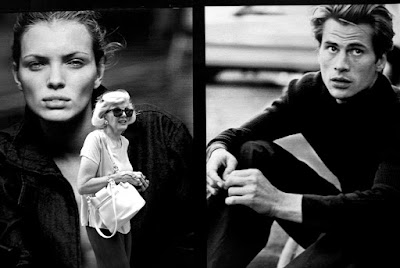 30 photographs from Ed Kashi's groundbreaking project, Aging in America, were recently acquired by the Library of Congress, the world's largest library and the national library of the United States. Its collections comprise the world's most comprehensive record of human creativity and knowledge, and as such Kashi's work will take its place in the annals of history.

Aging in America: The Years Ahead chronicles the unprecedented changes confronting America as old age goes mainstream. Ed Kashi and writer Julie Winokur first began the project as an award-winning story published by The New York Times Magazine. They then embarked on an eight-year-long journey across the topography of aging in search of what it means to have a â€œgood old ageâ€ by collecting scores of personal histories that, when viewed together, challenge the culture of aging in America.

From the upsurge of elderly immigrants following their children to America to the overwhelming toll a tornado exacted on a rural elderly community, to the intimate vignettes of people who are living the new old age, the book and its companion film traverse the vast experiences of our elders. We are able to travel with the Loners of America, an RV club for mature singles and delve into a retirement community where Alzheimerâ€™s patients work in a child daycare facility. We track the campaign of a 76-year-old politician running for office for the first time, follow a woman launching her modeling career in her 60â€™s, and celebrate the wedding of a couple of octogenarians. Through their stories, we laugh and cry as the â€œwellderlyâ€ to the elderly tackle lifeâ€™s challenges, celebrate their freedom, apply their wisdom, and suffer the consequences of their bodiesâ€™ limitations.

This original award-winning body of work was published in The New York Times Magazine, July 13, 1997.