Remembering Frank Sinatra on the centennial anniversary of his birth on December 12, 1915 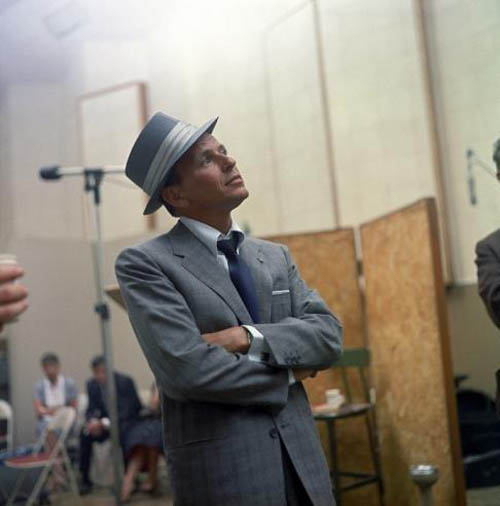 Sid Avery: Frank Sinatra at a Capitol Records recording session in 1958
Â©mptvimages
Born in Hoboken, New Jersey, on December 12, 1915, Frank Sinatra rose to fame singing big band numbers. In the '40s and '50s, he had a dazzling array of hit songs and albums and went on to appear in dozens of films, winning a supporting actor Oscar for From Here to Eternity. He left behind a massive catalog of work that includes iconic tunes like "Love and Marriage," "Strangers in the Night," "My Way" and "New York, New York." He died on May 14, 1998 in Los Angeles, California.

Photographs of Frank Sinatra are featured in the exhibition "The Broke The Mold", though January30, 2016. The new book, "Frank Sinatra: The Photographs" is also available from the gallery.