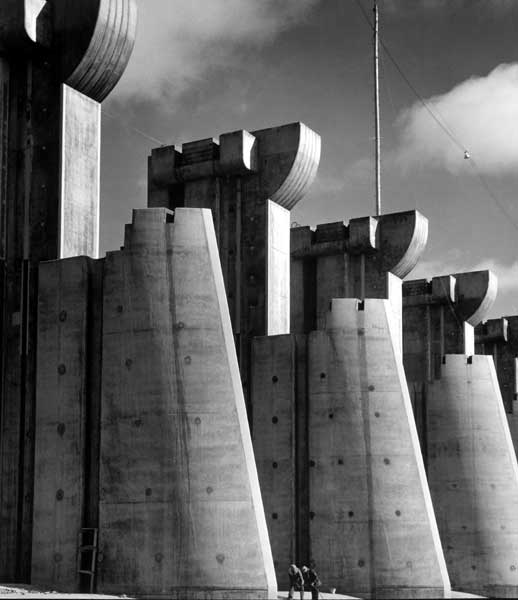 IMAGINE, IF YOU CAN, A WORLD IN WHICH PHOTOGRAPHS WERE A RARE FORM
of artistic documentation whose workings few understood. Imagine the United States in the first third of the twentieth century, with illiteracy and poverty key defining characteristics of the pitiable lives led by you and most everyone you knew. Images had nearly the power and drama, then, that they did during the Counter-Reformation in Europe, when the Catholic Church fought back against dull Protestantism with paintings as theatrical as opera sets, their shadowy depths filled with depictions of gruesome martyrdom—lit only at the moment of a would-be saint’s transmutation from agonizingly human into gloriously divine. Radiant sculptural forms of gold and silver reflected not merely the material wealth but the spiritual wealth of a religion that had dominated that part of the world for roughly a millennium. Bring yourself back now, from the seventeenth to the twentieth century and from Europe to the United States, populated by the shell-shocked heroes of the Great War dancing with pretty little flappers, their bobbed hairdos gleaming, and the gangsters, with their molls, who kept the country’s beak wet during Prohibition; imagine, finally, on a late fall day in 1929, stock-market millions vanishing within hours, heartlessly slamming shut the doors to the anything-goes twenties. (While you’re at it, imagine the unthinkable: Wall Street investors with such an overwhelming sense of responsibility that they jumped out of skyscrapers rather than face their own— and their clients’—financial ruin. Incomprehensible!) Meanwhile, the Great Depression loomed in the drought-stricken plains of America’s heartland. In the mind’s eye, these times could only have existed in grayed-out shades of black and white. Color, it seems, had been forgotten.
Unlike now, when anybody with a cell phone can, and unfortunately does, take pictures of everything from their breakfast to their genitalia—and makes them available to an unwitting public—only a very few of those initiated into the science of the lens and the alchemy of the darkroom were able to make photographs in the 1930s. Margaret Bourke-White was one of the few, and she led a charge of firsts: the first woman to photograph for LIFE magazine (for you post-Millennials, sort of the Internet of its time), the first accredited female war photographer (in World War II), and the first Western photographer allowed into the Soviet Union to record the proletariat’s triumph of mega-industry over the ease and comfort of privileged individuals.
In that heyday of pioneering photographers whom Bourke-White epitomized, black-and-white photography equaled photojournalism, which equaled truth with a capital T. This Truth was on a par with the same truth Americans revered in Norman Rockwell’s “real-life” scenes lifted straight out of a Mayberry without the laugh track, long before there was a Sheriff Taylor, Opie, Deputy Fife, or Aunt Bee. Or even television, for that matter. When images were few and far between, they had a credibility that is lost today in a thick overlay of irony and sheer disbelief. In the 1930s, if it appeared in LIFE magazine, or the Saturday Evening Post, or the newspaper, it was flat-out real.
Viewers lacked the objectivity to read meaning into a photograph as social commentary, for example, any more than the illiterate could read the black marks scratched into the white page.
The always-excellent Monroe Gallery presented their exhibition of silver gelatin photographs by Margaret Bourke-White as art, finding that, for her “as an artist,” photography served “as an instrument to examine social issues from a humanitarian perspective. She witnessed and documented some of the twentieth century’s most notable moments, including the liberation of German concentration camps by General Patton in 1945...” Bourke-White’s picture, “German civilians made to look at instruments of torture and execution at Buchenwald concentration camp, 1945,” is hardly an icon of objectivity. Nor should it be; some truths are beyond apprehension. Not to quibble with our dearly held ideals of photojournalism as an act of witnessing and documenting, but black-and-white imagery exists, among other reasons, when color cannot hold the entirety of its content. We demand this state of in-between-ness from art when what it depicts is too awful for mere reproduction.
While today you can find images of gore online anytime you choose to search for them, that they are not generally reproduced ad infinitum speaks to our understanding of the power of imagery. What Warhol repeated in a nightmarish grid (Jackie’s grief-stricken face on Air Force One en route from Dallas), and Picasso abstracted in his Guernica, Bourke-White reflected in the faces of her “German civilians” at Buchenwald.
Finally, when her country needed shoring up in 1936, during the height of the Depression, LIFE, a burgeoning publication that would become our society’s pocket mirror for at least a couple of decades, chose for its very first cover Bourke-White’s symbol of capitalism’s ultimate success. Her Fort Peck dam picture, all art-deco curves and fat-cat angles, describes more than the enormous potential for hydroelectric power: It is an image of America rediscovering her own righteous might, an America that, like the photographer “Maggie the Indestructible,” would liberate us from ourselves. There was the evidence, right in front of us in it-must­be-true black and white. —Kathryn M Davis
Margaret Bourke-White, Fort Peck Dam, Fort Peck, MT, silver gelatin photograph, 14” x 11”, 1936 ©Time Inc.
--The exhibition continues through June 28, 2015