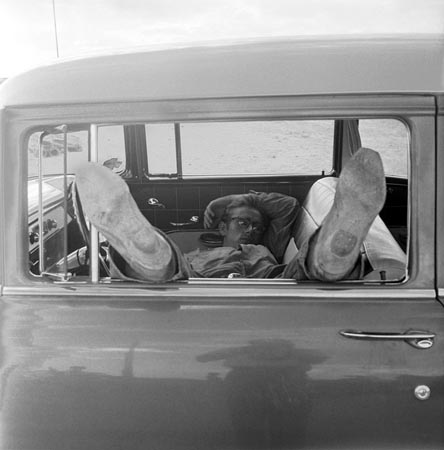 Monroe Gallery of Photography is pleased to present a retrospective exhibition of photographs by Richard C. Miller, who passed away at age 98 on October 15, 2010. The exhibition opens on Friday, February 11, with a public reception with members of the Miller family from 5 - 7 PM. The exhibition continues through April 24.

Born in 1912, Richard C. Miller's interest in photography grew from toying with his father's 3 1/4" x 4 1/4" folding roll-film camera. In 1935, Miller showed his photographs to Edward Steichen who praised and encouraged him to work in photography. Beginning in the arly 1940's, he would shoot celebrities for the Saturday Evening Post, Family Circle, Parents, American Weekly, Colliers, Life and Time.

In 1941, Miller made a carbro print of his daughter, Linda, sitting at a table set for a Thanksgiving Day’s meal. He sent the picture to The Saturday Evening Post and it was selected to be on the cover of the November 22, 1941 issue. Miller’s picture was the first photographic cover used by the Post that captures the type of scene from everyday American life made famous by the painter and illustrator, Norman Rockwell. Miller began by photographing his daughter sitting at a table set with only a plate and spoon. He photographed the other elements such as the turkey, the dish of cranberry sauce, the glass of milk, and the candlestick separately. He printed them, cut them down, and then added them into the original composition. This ‘cut and paste’ method allowed him to construct the picture one element at a time, carefully balancing form and colour. 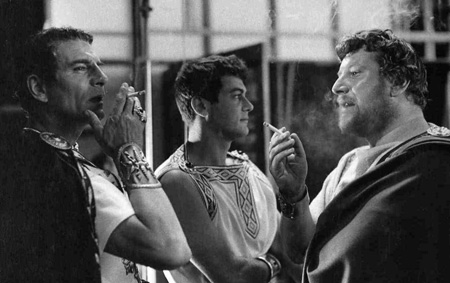 From 1955 to 1962, Miller was on retainer at Globe Photos, covering the entertainment industry and more than seventy films. After this stint he returned to freelance and became friends with celebrities such as James Dean. Never one for self-promotion, Miller rarely exhibited his work; the work, he figured, should speak for itself. In the spring of 2009, Richard C. Miller's photographic career was given long overdue recognition with an exhibition at the Getty Museum. 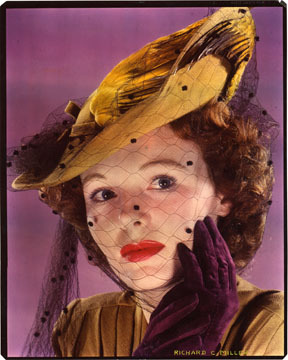 Betty McWilliams, c. 1940s
In addition to his Hollywood photographs, the exhibition includes a trove of vintage pictures from the 1930s-50s of Los Angeles. When Miller documented the construction of the four-level freeway interchange in mid-20th century downtown Los Angeles, he was overwhelmed by its man-made beauty. 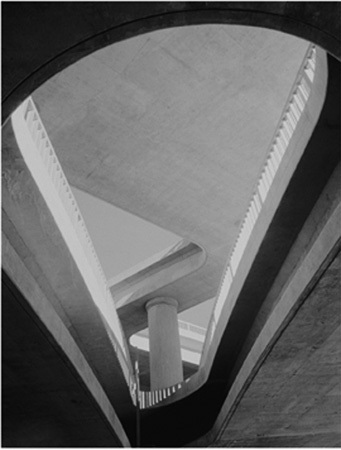 Freeway Construction, 4 Level, 1949
"I saw it and just went out of my mind," he later wrote. "I thought, 'My God, this is how people must have felt when they first saw the cathedrals in Europe."


In 1946, Dick photographed a model: Norma Jeane Dougherty. He would later photograph her as Marilyn Monroe on the set of "Some Like It Hot".

The exhibit also includes a selection of striking portraits including some of his best friends Edward Weston and Brett Weston. 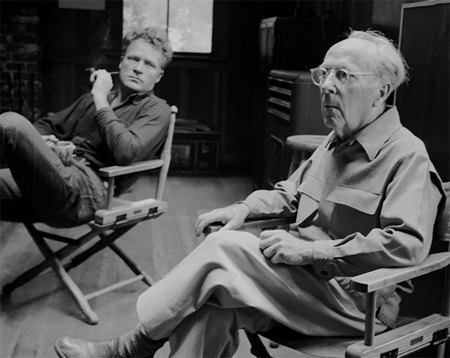 Although he was shy, Miller was known for his warmth and eagerness to share his knowledge. A younger generation of photographers have worked to bring Miller recognition. "He was like 007 with a gun over his shoulder," family friend Michael Andrews told The Los Angeles Times in 2010. "The camera went everywhere." 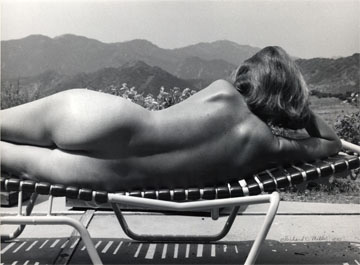 The Westons portfolio contains 19 16x20 signed prints, 6 of which are digital color and 13 are Silver Gelatin Black & Whites.


There are 8 16x20 pages of text, including introduction and notes, a centerfold of 39 images, plus 2 images on the title and colophon pages.
There are 4 15x20 pages of reproductions of original letters, printed on mouldmade rag, comprised of 4 separate letter sets.
There are 19 Interleaves which contain reproductions of 46 groups of letters, postcards, envelopes and notes from Brett Weston, Neil Weston, Merle Armitage, Erica Weston and Richard C. Miller’s notes.

There are 8 17x22 pages of text, including introduction and notes, a centerfold of 35 images, plus 2 images on the title and colophon pages.
There are 12 Interleaves utilizing 17 Richard C. Miller photographic images, plus 4 model releases.

"I had no idea when I was taking these pictures that she would become famous and that the pictures would become valuable. She was just a nice, sweet, attractive girl with outrageous ambitions known at the time as "Nonny".  I just had no idea." In the years that followed, Dick occasionally took picturesof Norma Jeane as she evolved into Marilyn Monroe. Later, when Dick was employed as a freelancer for Globe Photos, he was assigned to shoot photographs on Some Like It Hot. He recalls walking onto the set his first day when Marilyn Monroe was an established movie star, and all of Nonny's dreams had become reality. When she passed him and said, "Hi Dick," he merely stared at her, dumbfounded that she even recalled who he was. He said nothing in return, not knowing which of her names he should use. By then Marilyn Monroe was no longer Nonny or Norma Jeane, the subject of this portfolio. Fame and success had changed her.