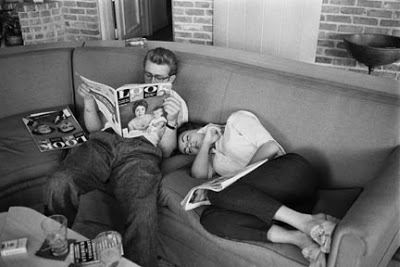 Richard C. Miller James Dean and Elizabeth Taylor take a break from filming "Giant"
It is with profound sadness that we share the news of the passing of Richard C. Miller. Miller was an American photographer best known for his vintage carbro prints, photos of celebrities, and work documenting the building of the Hollywood Freeway. 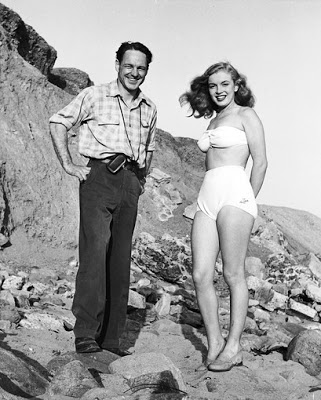 Photographer Richard C. Miller poses on a shoot with model Norma Jeane Dougherty in 1946. He would later photograph her again more than a decade later, when she was known as Marilyn Monroe, on the set of "Some Like It Hot."

Richard Miller's interest in photography began when he was a child and toyed with his father’s 3¼x4¼ folding roll-film camera.  His passion for photography led to his increase in knowledge about established photographers, and when he found out Edward Weston was moving nearby he went over to introduce himself. The rest was history. (See more of Miller's biography here.)

There was a resurgence of interest in Miller's photography in spring 2009, when a collection of his images was shown alongside the work of Paul Outerbridge at the J. Paul Getty Museum.  (See the Los Angeles Times article about selections for the exhibit here.) Monroe Gallery of Photography began to represent his work that same year, and featured his photographs from the making of "Giant" at Photo LA in January, 2010.

Listen to Richard C. Miller in an interview "Breakthrough Photographer" with Patt Morrison on 89.3 KPCC, recorded on April 2009 and aired 3 July 2009, here. 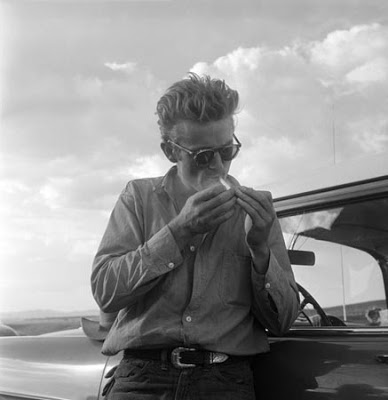 Richard C. Miller: James Dean besides his car during the filming of "Giant"