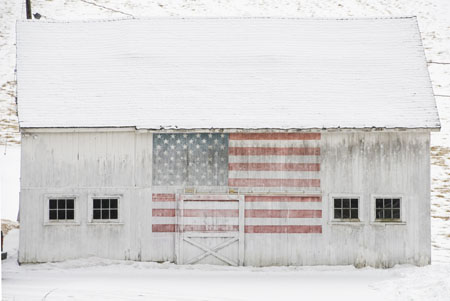 Bill Eppridge is one of the most accomplished photojournalists of the Twentieth Century and has captured some of the most significant moments in American history: he has covered wars, political campaigns, heroin addiction, the arrival of the Beatles in the United States, Vietnam, Woodstock, the summer and winter Olympics, and perhaps the most dramatic moment of his career – the assassination of Senator Robert Kennedy in Los Angeles.

Born in Buenos Aires, the second of three children, young Bill Eppridge came to the U.S. and grew up in upstate New York near Rochester. In 1960, Eppridge refined his art and his eye at the University of Missouri, where he received his bachelor’s degree in journalism. While at the School of Journalism, Eppridge won a picture competition and first prize brought him to a week-long internship with LIFE magazine.
After his graduation, Eppridge worked for National Geographic, and then, LIFE magazine. With well over 100 assignments, he had already proved his talent by the time he was formally made a member of the exalted Life staff in 1964. His assignments with LIFE magazine marked some very important points in history, beginning with coverage of several wars in the early sixties.

Still later, Eppridge worked on environmental and outdoor stories for LIFE magazine until it ceased publication as a weekly in 1972. He then signed a corporate contract with Time Inc. “I tried all the magazines to see if I liked working for TIME or Fortune. I was there for the start of People.” Eventually in 1977, he joined Sports Illustrated. He describes his work with SI as “Sports with no balls” as he was not fond of shooting baseball, basketball, or football. “I prefer to do something that I’ve never done before”, he remarks. “Rather than specialize, I’m a generalist.”

For the first time, this exhibition presents many of Eppridge’s most important photo essays together, including:

The Beatles:
Bill Eppridge really didn’t know who the Beatles were, but “One morning my boss said, ‘Look, we’ve got a bunch of British musicians coming into town. They’re called the Beatles.’” Eppridge was at John F. Kennedy airport on February 7, 1964 awaiting the arrival of The Beatles. He continued to photograph The Beatles that day, and over the next several days. He was invited to come up to their room at the Plaza Hotel and “stick with them.” He was with them in Central Park and at the Ed Sullivan Show for both the rehearsal and the historic performance. He rode the train to Washington, D.C. with them for the concert at the Washington Coliseum, and photographed their Carnegie Hall performance on February 12, 1964
.
“These were four very fine young gentlemen, and great fun to be around,” Eppridge recalls. After he introduced himself to Ringo, who consulted with John, the group asked what he wanted them to do while being photographed for Life. “I’m not going to ask you to do a thing,” was Eppridge’s reply. “I just want to be there.” An exhibit of Eppridge’s Beatles photographs has been touring since 2001, and was seen by over 2 million people at the Smithsonian Museum.

Mississippi Burning: The James Cheney Funeral:
In late June of 1964, three civil rights workers in Mississippi went missing, kidnapped by Klu Klux Klansmen. One man was black, the other two were white. Their names were James Cheney, Andrew Goodman, and Michael Schwerner. Bill Eppridge arrived in Neshoba County shortly after the bodies of James Chaney, Michael Schwerner and Andrew Goodman were pulled from the muck of an earthen dam on August 4, 1964. There are no pictures of the crime, just the brutal aftermath and the devastating grief and sorrow brought upon a family.

In 1967, eighteen men faced federal charges of civil rights violations in the slayings of Chaney, Schwerner and Goodman. Seven were convicted by an all-white jury, eight were acquitted and three were released after jurors deadlocked. The state of Mississippi prosecuted no one for 38 years. But in 2005—after six years of new reporting on the case by Jerry Mitchell of the Jackson Clarion-Ledger—a sawmill operator named Edgar Ray Killen was indicted on charges of murder.

On June 21, 2005, exactly 41 years after the three men were killed, a racially integrated jury, without clear evidence of Killen’s intent, found him guilty of manslaughter instead. Serving three consecutive 20-year terms, he is the only one of six living suspects to face state charges in the case. 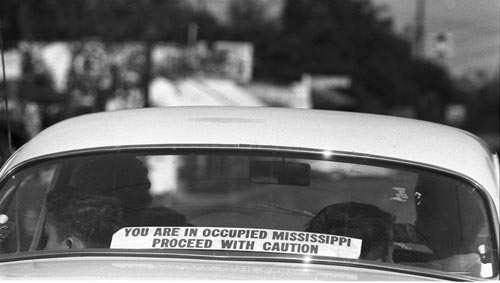 A sign in rear window of car in Philadelphia, Mississippi, 1964
©Bill Eppridge:


Robert F. Kennedy:
One of Eppridge’s most memorable and poignant essays was his coverage of Senator Robert F. Kennedy, first in 1966, and then again on the road with RFK during the 1968 presidential campaign. On June 5, 1968, at the Ambassador Hotel in Los Angeles, he was instructed by his boss to “stay as close as you can to Bobby”. Kennedy assured Eppridge that he would be part of his immediate group, which meant that wherever the Democratic candidate went, Eppridge wouldn’t be far behind. His photograph of the wounded Senator on the floor of the Ambassador Hotel kitchen seconds after he was shot has been described as a modern Pieta. Among the thoughts Eppridge had at that moment was a very loud and clear one: “You are not just a photojournalist, you’re a historian.”

Bill Eppridge will conduct an exhibition walk-through and gallery talk on Friday, November 4, from 5  to 7 PM.