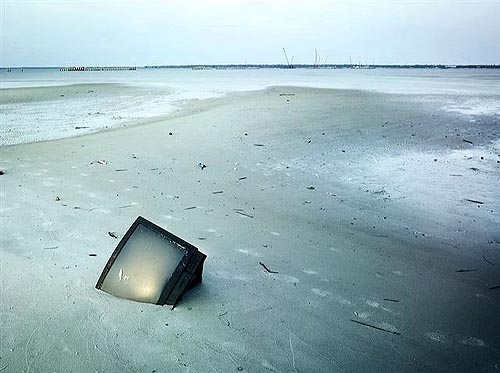 Several of Stephen Wilkes' photographs from the aftermath of Hurricane Katrina will be featured in the forthcoming exhibition "Remnants". The exhibition of large-scale color photographs (up to 50 x 80 inches) of the environment and the environmental remnants left behind either by nature or man will be at Monroe Gallery of Photography October 2 - November 22, 2015.

"In February of 2006, six months after Hurricane Katrina, I traveled to New Orleans to document the devastation, instead I found hope. At town meetings, I met survivors determined to rebuild their homes and communities in the face of insurmountable odds. I was in awe of their inner strength. I wanted to give voice to those that had been all but forgotten; I wanted their stories to be told. Of varied backgrounds, professions, and ethnicities, a thread ran through everyone I met—a deep sense of faith and an enduring sense of hope.


I am at a loss to describe them as anything short of heroic. I hoped their stories would inspire others to return to the Gulf Coast, and help maintain focus on an area whose story, ten years ago, was only just beginning."

See more of Stephen Wilkes's photographs from the aftermath of Hurricane Katrina on his Instagram feed this week.