Via TIME LightBox
Throughout 2012, TIME’s unparalleled photojournalists were there. At a time when so much hangs in the balance, bearing witness can be the most essential act — and that’s what we do."

Two of Stephen Wilkes photographs of the aftermath of Hurricane Sandy are among the best of  Time's commissioned photojournalism from 2012: 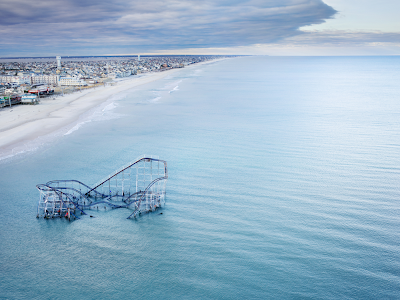 Stephen Wilkes for TIME
Nov. 4, 2012. Seaside Heights, N.J. The Jet Star roller coaster at Casino Pier amusement park, once a Jersey Shore Landmark, was submerged in the Atlantic as a result of Hurricane Sandy. From "Flooded, Uprooted, Burned: The Tracks of Sandy on the Shore." 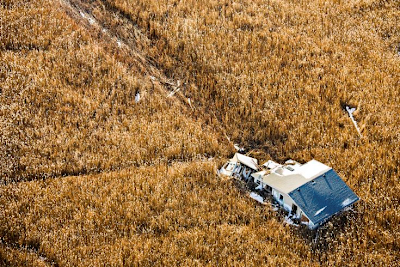 Stephen Wilkes for TIME
Nov. 9, 2012. Staten Island, N.Y. Strong winds and waves ripped several homes from their foundation, like this one in the Oakwood neighborhood. From "Flooded, Uprooted, Burned: The Tracks of Sandy on the Shore."