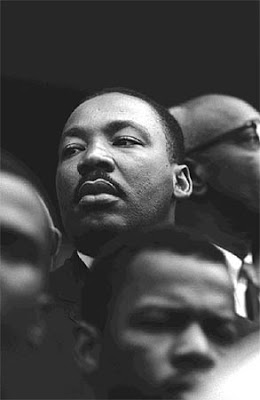 Martin Luther King Jr, Alabama, 1965
Santa Fe--Monroe Gallery of Photography, 112 Don Gaspar, is honored to announce an extensive exhibition of more than 50 significant photographs by Steve Schapiro of events that would shape a generation, and people who were considered among the most dynamic of this past century. The exhibition opens with a reception for the photographer on Friday, April 16, from 5 to 7 PM, and will continue through June 27. View the exhibition on-line here.

Steve Schapiro discovered photography at age of nine at a summer camp. Excited by the camera's potential, he would spend the next decades prowling the streets of his native New York trying to emulate the work of the great French photographer Henri Cartier-Bresson. Schapiro was a disciple of the great photographer W. Eugene Smith, and shared Smith's passion for black and white documentary work. From the beginning of Schapiro’s career, he had already set a mission for himself: to chronicle the “American Life”. One of the most respected American documentary photographers, Steve Schapiro has photographed major stories for most of the world’s most prominent magazines, including Life, Look, Time, Newsweek, Sports Illustrated, Rolling Stone, People, and Paris Match.

Schapiro's photographs show the collective American psyche torn apart by the turbulent 1960's; the increasing disparity between rich and poor; racial and class conflict; the burgeoning middle class and its materialistic desires; in short, the American Edge. 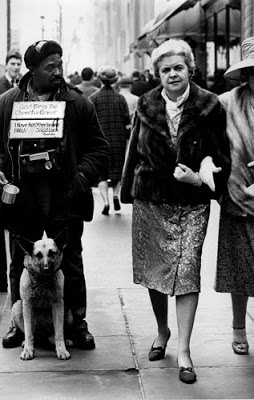 His career in photography began in 1960 with personal documentary projects on "Arkansas Migrant Workers" and "Narcotics Addiction in East Harlem". The New York Times Magazine published his migrant photographs as a cover story which resulted in bringing electricity to a farm camp that previously had only kerosene lamps. In the 60's and 70's, he traveled extensively throughout the United States for Life and other magazines doing stories on American culture. Schapiro spent several weeks in the South with James Baldwin and became involved in many civil rights stories including the Selma March and covering Martin Luther King; he traveled with Bobby Kennedy on his Senate campaign and Presidential campaign (including a stop in Albuquerque); and did photo essays on Haight Ashbury, the Pine Ridge Sioux Indian Reservation, and Protest in America. He photographed Andy Warhol and the New York art scene, John and Jacqueline Kennedy, poodles, beauty parlors, and performances at the famous Apollo Theater in New York. He also collaborated on projects for record covers and related art.

As picture magazines declined in the 1970's and 80's he continued documentary work but also produced advertising material, publicity stills and posters for films, including, The Godfather, Rambo, The Way We Were, Risky Business, Taxi Driver, and Midnight Cowboy. From 2000 through 2003 he was a contributing photographer for American Radio Works (Minneapolis Public Radio) producing on-line documentary projects, including: “Viet Nam Vets,” “The Mentally Disturbed and the Prison System” and “Survivors of Jim Crow.”

Monographs include American Edge (2000), “Schapiro’s Heroes” (2007), "The Godfather Family Album - Photographs by Steve Schapiro" (2008); limited edition books of Chinatown and Taxi Driver will be published by Taschen in the near future.

Since the Metropolitan Museum of Art's seminal 1989 exhibition, "Harlem on my Mind", Schapiro's photographs have appeared in museum exhibitions world-wide, including the High Museum of Art's "Road to Freedom", currently on exhibit at the Bronx Museum and travelling the United States. 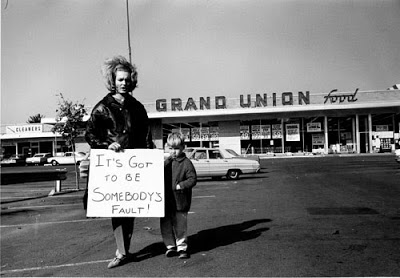