To help celebrate, we are offering limited free streaming downloads of the HBO documentary "Underfire: The Untold Story of PFC Tony Vaccaro". The film chronicles the life of a man who played two roles during World War II, both at great risk: a combat infantryman on the front lines and a photographer who took and developed roughly 8,000 photographs of the war. Contact Monroe Gallery for details, offer is limited.

Born in Greensburg, Pennsylvania on December 20, 1922, Tony is one of the few people alive who can claim to have survived the Battle of Normandy and COVID-19. Tony Vaccaro spent the first years of his life in the village of Bonefro, Italy after becoming an orphan; by age 10 he started taking pictures with a box camera. When World War II broke out he was ordered to return to the US, where he reunited with his sisters and joined his high school camera club. Drafted into the war, by June 1944, now a combat infantryman in the 83rd Infantry Division, he was on a boat heading toward Omaha Beach, six days after the first landings at Normandy. Denied access to the Signal Corps, Tony was determined to photograph the war, and had his portable 35mm Argus C-3 with him from the start. For the next 272 days he photographed his personal witness to the brutality of war.

Returning to the US, Tony started his career as a commercial photographer, eventually working for virtually every major publication: Look, Life, Harper’s Bazaar, Town and Country, Newsweek, and many more. Tony went on to become one the most sought after photographers of his day. By focusing on the splendor of life, Tony replaced the images of horror embedded in his eyes from war.

Monroe Gallery of Photography is honored to present a special exhibition celebrating the 99th birthday of this American hero and distinguished photographer. The exhibit of over 40 photographs spans Tony’s 80-year career and features several never-before-exhibited photographs. The exhibit continues on-line and in the Gallery through January 16, 2021. 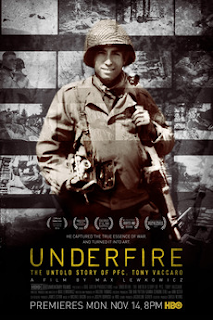