THE AIPAD PHOTOGRAPHY SHOW: "Where photojournalism is exhibited alongside artier and more experimental work"

Friday, March 18, 2011
The AIPAD Photography Show is in full swing as we head into the weekend. The New York Times writes: "Art fairs can seem as if they were outside of history, congested labyrinths that confuse time and place. That’s not often the case with the annual Association of International Photography Art Dealers show, where photojournalism is exhibited alongside artier and more experimental work...the real reason to visit this fair is for its wealth of older material, going back to 19th-century photographs by William Henry Fox Talbot and Eugène Atget and including classic 20th-century images by the likes of Ansel Adams, Edward Weston, Berenice Abbott and Andre Kertesz."
This juxtaposition was emphasized in yesterday's visits to our booth by Bill Eppridge (R) and Stephen Wilkes (L): 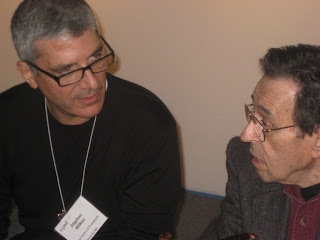 We are showing a selection of Wilkes' photography from his China and America in Detail series; and debuting the newest photograph from his stunning "Day into Night" collection:﻿ 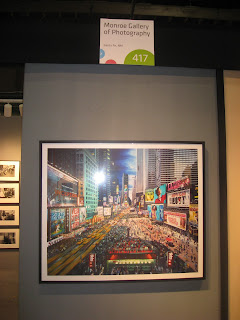 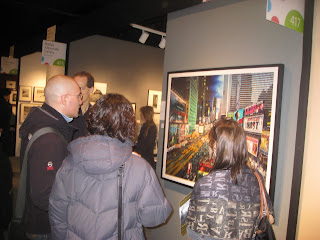 Bill Eppridge: ﻿Bobby Kennedy campaigns in IN during May of 1968, with various aides and friends: former prizefighter Tony Zale and (right of Kennedy) N.F.L. stars Lamar Lundy, Rosey Grier, and Deacon Jones