The Case of Loving v. Bigotry 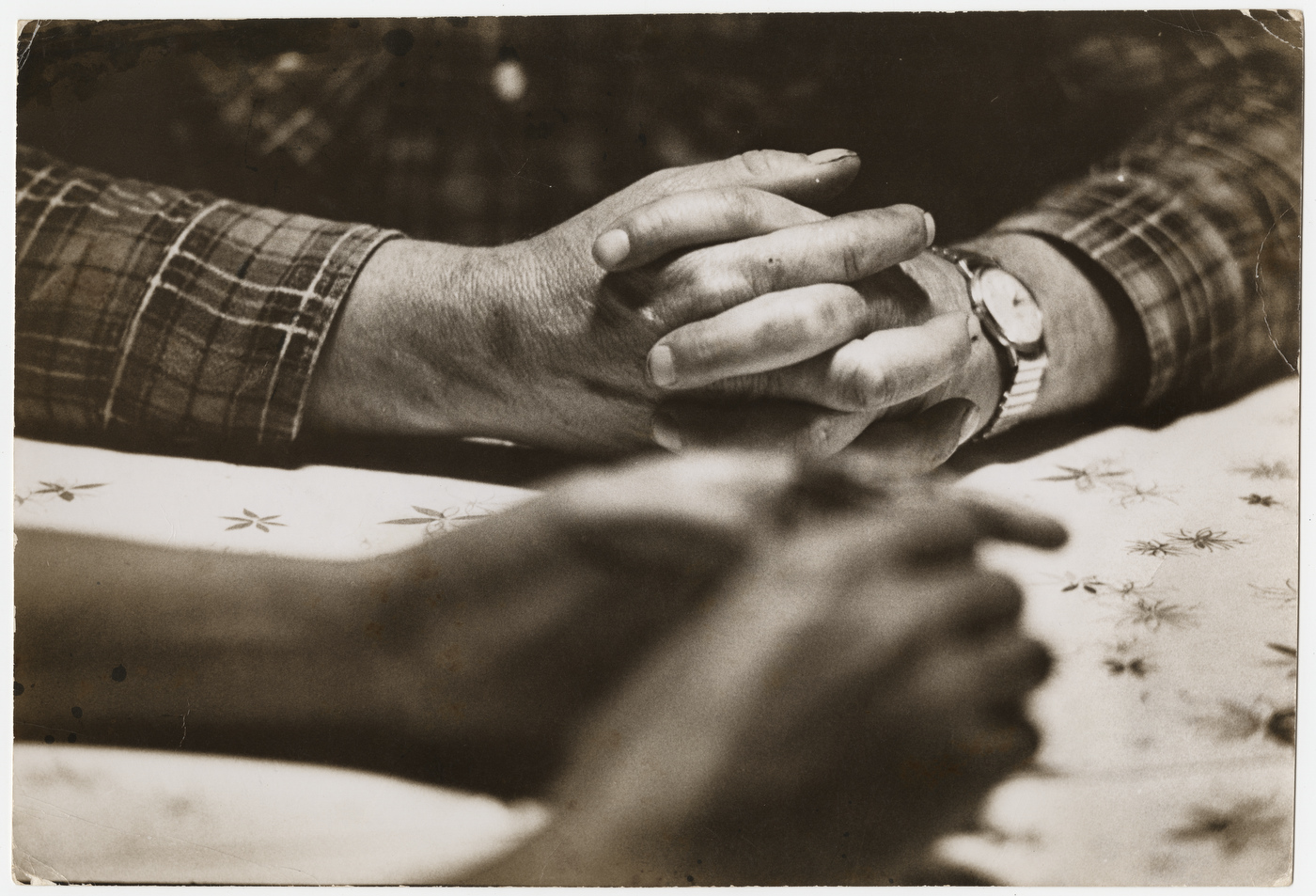 Hands of Mildred and Richard Loving on their kitchen table, King and Queen County, Va
Photograph by Grey Villet
Via The New York Times Sunday Magazine
January 1, 2012
In 1958, Richard and Mildred Loving were arrested in a nighttime raid in their bedroom by the sheriff of Caroline County, Va. Their crime: being married to each other. The Lovings — Mildred, who was of African-American and Native American descent, and Richard, a bricklayer with a blond buzz cut — were ordered by a judge to leave Virginia for 25 years. In January, the International Center of Photography is mounting a show of Grey Villet’s photographs of the couple in 1965. That exhibit is complemented by an HBO documentary, ‘‘The Loving Story,’’ directed by Nancy Buirski, which will be shown on HBO on Feb. 14. The film tells of the Lovings’ struggle to return home after living in exile in Washington, where Mildred, gentle in person but persistent on paper, wrote pleading letters to Robert F. Kennedy and the A.C.L.U. Two lawyers took their case to the Supreme Court, which struck down miscegenation laws in more than a dozen states. The Lovings’ belief in the simple rightness of their plea never wavered. Asked by one of his lawyers if he had a message for the Supreme Court, Richard said he did: ‘‘Tell the court I love my wife.’’
Julie Bosman
New York Times Slideshow here
The Loving Story Movie Website
Exhibit: International Center of Photography January 20 - May 6, 2012
Special screening in Los Angeles January 10, 2012 with HBO at the Museum of Tolerance.
Additionally, on January 17th, The Loving Story will screen at the National Museum of African American History and Culture (NMAAHC) in Washington, DC.﻿
Grey Villet's photographs are available from Monroe Gallery of Photography. View selected photographs of the Lovings during photo la at Monroe Gallery of Photography, Booth B-500.