Tony Vaccaro in 1945. Along with the M-1 rifle he carried in battle, he kept a small 35-millimeter Argus C3 camera that he had bought as a teenager.Credit...Tony Vaccaro Studio/Monroe Gallery of Photography, via Associated Press

As a high school student in the New York City suburbs, Tony Vaccaro became intrigued by photography. Two months after graduation, when he was inducted into the Army during World War II, he showed a captain the photos he had taken for his yearbook and requested an assignment as a combat photographer with the Signal Corps.

“The pictures are great,” the officer told him. But since he had no experience in combat and was too young to be a seasoned photographer, he was rejected.

At 21, though, he was old enough to be an infantryman.

Private Vaccaro spent 272 days in combat with the 83rd Infantry Division, which fought its way from Normandy to Germany.

Along with the M-1 rifle he carried across Europe, he kept a small 35-millimeter Argus C3 camera that he had bought as a teenager. Army regulations prohibited soldiers from taking photos unless they were with the Signal Corps. But he managed to capture thousands of images of the war, taken close up. They conveyed an intimacy often denied to the photographers of the Signal Corps, whose mobility was limited by their much heavier cameras.

He later received approval to take photos openly, with the admonition that he was a rifleman first and a photographer second.

When Mr. Vaccaro died at 100 on Wednesday at his home in the Long Island City section of Queens, he was remembered for his searing photos — most of them unseen for decades after the war’s end — and for his work as a fashion, travel and celebrity photographer for America’s leading magazines.

His death was announced in a statement by the Monroe Gallery of Photography in Santa Fe, N.M., which is currently presenting “Tony Vaccaro: The Centennial Exhibit.” 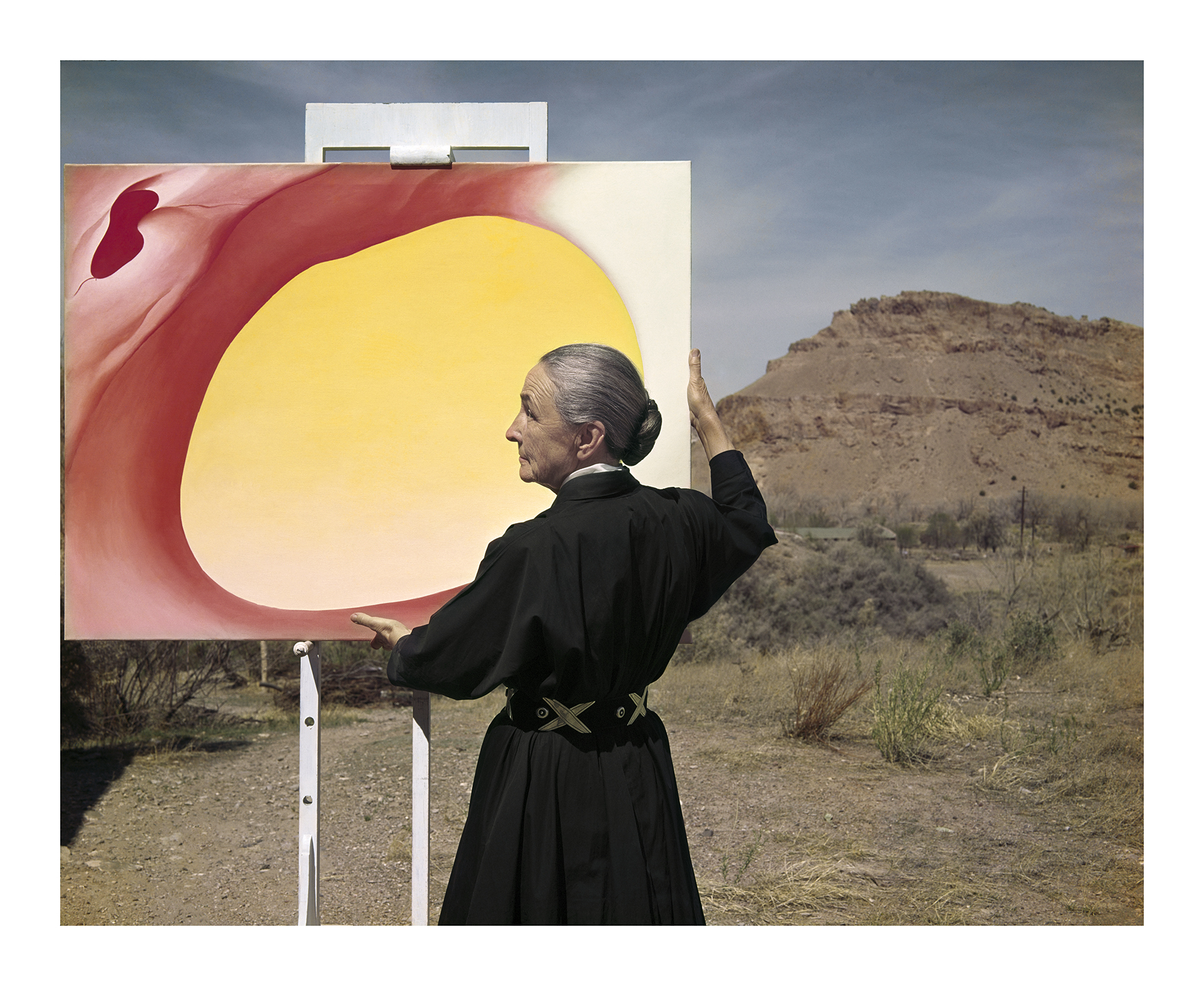 Georgia O’Keeffe holding her painting “New Mexico, 1960.” She refused to pose for Mr. Vaccaro at first, but he won her over.Credit...Tony Vaccaro, via Monroe Gallery 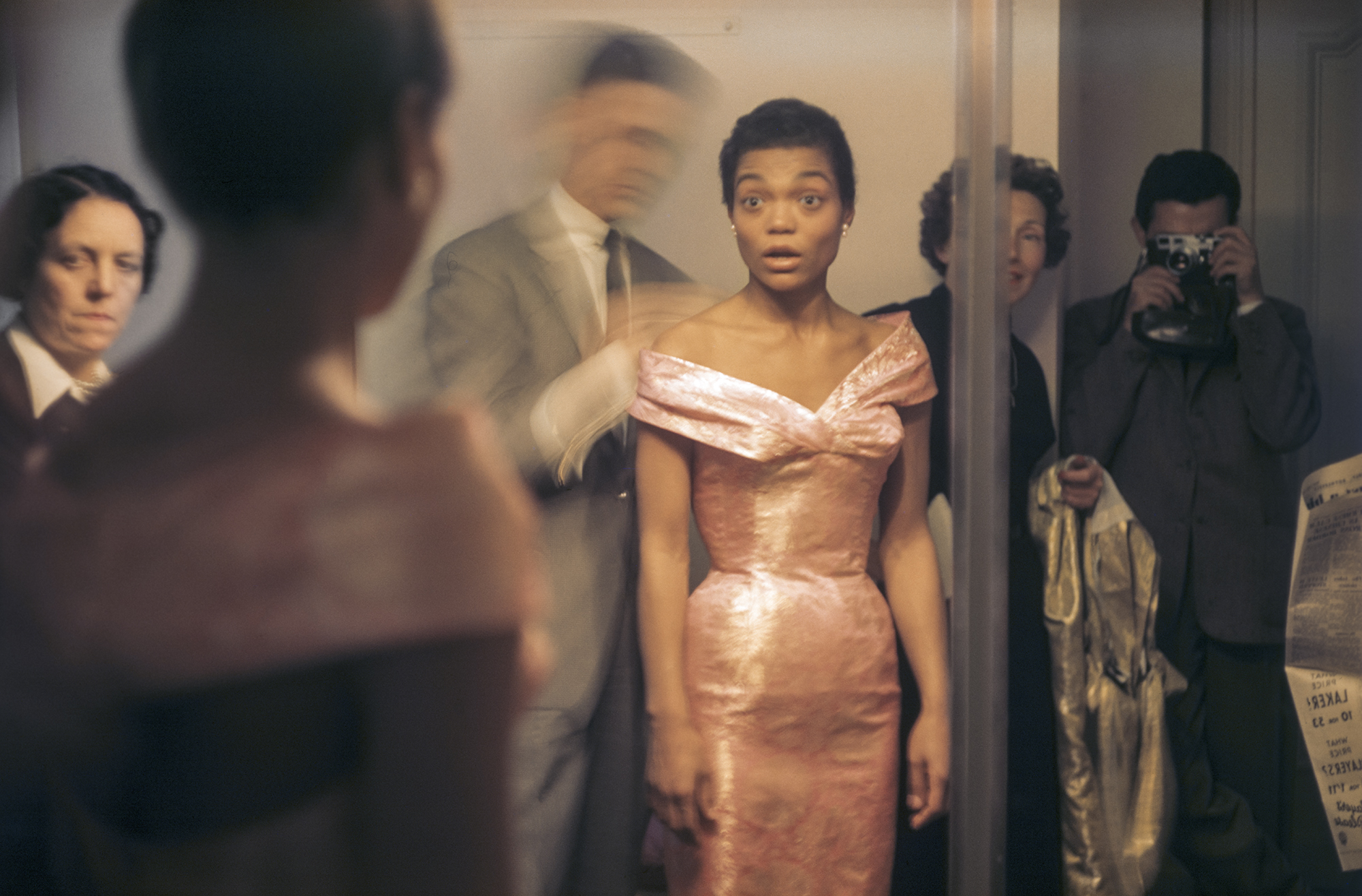 While en route to Normandy 12 days after the D-Day invasion of June 6, 1944, Private Vaccaro hid his camera beneath his raincoat, placed his lens behind a hole he had made in it, and photographed Allied boats in the English Channel.

Two of his best-known photos captured the deaths of two men from his unit, both on Jan. 11, 1945, near Ottré, Belgium, during the Battle of the Bulge.

“The Last Step of Jack Rose” portrays a fellow soldier running with his rifle at the split second when shrapnel from a German shell exploded nearby and killed him, its smoke visible in the picture.

Mr. Vaccaro’s “White Death: Photo Requiem for a Dead Soldier, Private Henry I. Tannenbaum” shows the remains of a soldier whose body was partly covered by snowfall when Private Vaccaro came upon him the morning after he died.

“I wanted this photo to be that of an unknown soldier,” Mr. Vaccaro recalled in the Emmy-nominated HBO documentary “Underfire: The Untold Story of Pfc. Tony Vaccaro.” And then, he said, “I saw who it was — my friend Henry Tannenbaum. We were both from New York. One day he showed me his family and his baby.” Mr. Vaccaro’s 1945 photograph“White Death: Photo Requiem for a Dead Soldier, Private Henry I. Tannenbaum” shows the remains of a soldier whose body was partly covered by snowfall.Credit...Tony Vaccaro, via Monroe Gallery

Private Tannenbaum’s son, Samuel, who was 2 when his father died, learned of the photograph many years later and contacted Mr. Vaccaro, who gave him a signed print of the image and, in 2002, accompanied him to the site of his father’s death. They placed a wreath at a marker in the field, which was dedicated by the American World War II Orphans Network to Private Tannenbaum and other members of the 83rd Infantry Division.

“The bullet that killed my father also destroyed my mother’s mind and ended my childhood,” Mr. Tannenbaum said in a 2017 interview. He called his visit to Belgium with Mr. Vaccaro “a trip of a lifetime,” adding: “I may not have had the opportunity to tell my parents that I love them. Through telling their story, I believe I am honoring them.”

Mr. Vaccaro’s “Kiss of Liberation,” taken on Aug. 14, 1944, showed an American soldier, Sgt. Gene Costanzo, kneeling to kiss a little girl, as two smiling women dance a celebratory polka in the square of the newly liberated town of Saint-Briac-sur-Mer in Brittany. 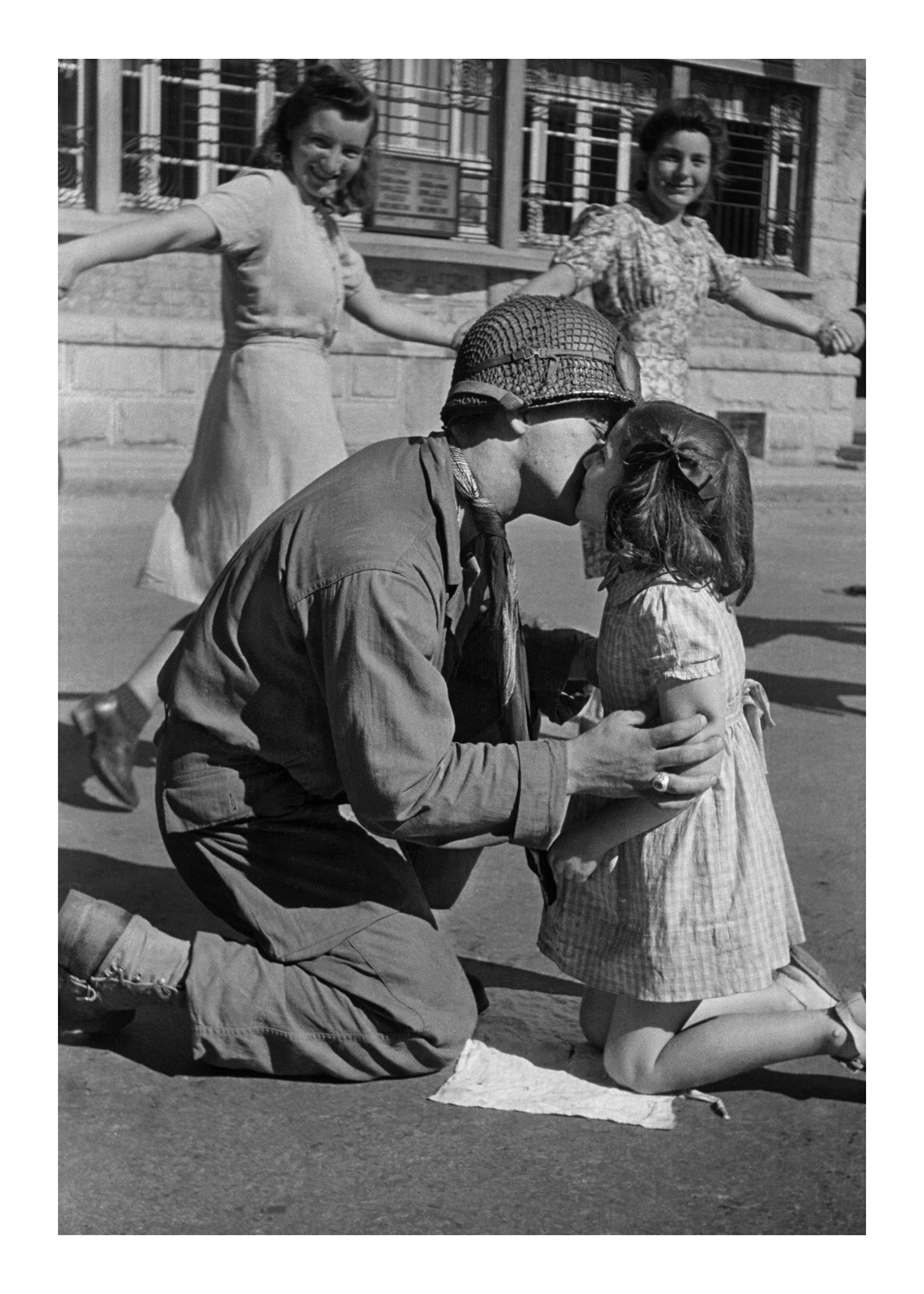 In “Kiss of Liberation,” Mr. Vaccaro captured Sgt. Gene Costanzo kneeling to kiss a little girl during a celebration in a newly liberated French town in 1944.Credit...Tony Vaccaro, via Monroe Gallery

Mr. Vaccaro was able to capture intimate war photos since, like his subjects, he was an infantryman, Anne Wilkes Tucker, a curator emeritus at the Museum of Fine Arts, Houston, said in “Underfire.”

“He was one of them, they trusted him,” she said. “Not only with the pictures that he took, but as the man on one side or another of them as the fighting broke out.”

Private Vaccaro improvised as he moved through Europe, finding his film and his processing chemicals among the ruins of camera shops in towns his unit passed through. He developed the film in Army helmets and hung the negatives on trees to dry when he wasn’t on night duty. He carried them in his backpack.

After the war, worn out emotionally, he stored his photos and vowed that he would never again bring a camera to a battle scene. A photo of the actress and dancer Gwen Verdon in New York in 1953, taken for Look magazine.Credit...Tony Vaccaro, via Monroe Gallery

In 1960, he was assigned by Look to photograph O’Keeffe, the modernist artist, at her New Mexico home.

Expecting a more famous photographer to show up, she refused to pose for him at first. To win her over, Mr. Vaccaro cooked a meal and made a picnic lunch. When the weather turned too windy for the picnic, he gave her a plate of Swiss cheese as she sat in the back of his car. And when she playfully peered through a hole in a piece of the cheese, Mr. Vaccaro went into action.

“I wanted to reproduce emotions, feelings, so I sort of invented a way to take pictures so fast, never giving people a chance to make themselves more flattering,” he told The Santa Fe New Mexican in 2007, when his O’Keeffe photos were exhibited at her museum. “For one, she looked at me through a piece of cheese. That moment was not even a second, but I stopped it. She was amazed by it. She said, ‘I never saw anyone working like you.’” When Georgia O’Keeffe playfully peered through a hole in a piece of the Swiss cheese Mr. Vaccaro had given her, he quickly took action.Credit...Tony Vaccaro, via Monroe Gallery

Michelantonio Vaccaro was born on Dec. 20, 1922, in Greensburg, Pa., a son of Italian immigrants. When he was 3, he moved with his parents to Italy, but both his father and mother died, separately, a few years later. His sisters were taken to an Italian orphanage, and he lived with an uncle and aunt.

The children returned to America just before war broke out in Europe and lived together in New Rochelle, N.Y., in Westchester County, where he attended Isaac E. Young High School before going to war. 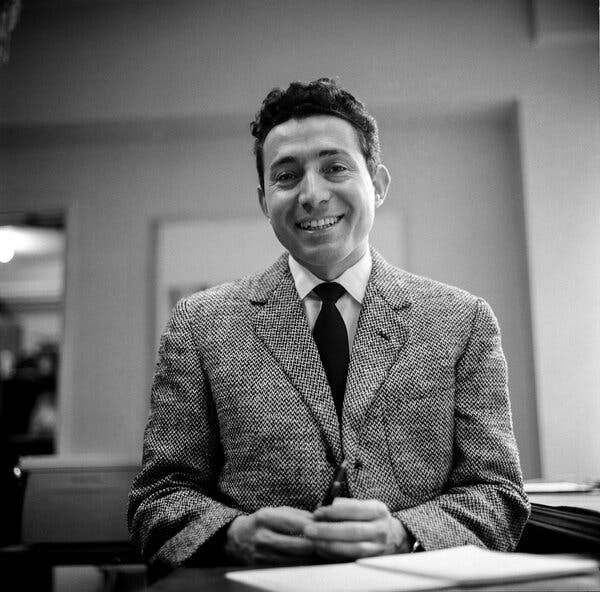 A 1954  portrait of Mr. Vaccaro. After the war, he stored his photos away and vowed never to bring a camera to a battle again. Instead, he turned to commercial photography.Credit...Courtesy Tony Vaccaro Archives

Mr. Vaccaro retired in the early 1980s. His photos have been exhibited at leading museums and at shows, and he sold some privately through the Tony Vaccaro Studio in Long Island City.

Mr. Vaccaro is survived by his sons Frank and David from his marriage to Anja Lehto, a Finnish fashion model he had photographed, and two grandsons. Mr. Vaccaro and Ms. Lehto separated in 1979; she died in 2013.

After the war, Mr. Vaccaro spent several years with Stars and Stripes, a publication for the American military community, touring Europe to document its recovery, before turning to commercial photography.

He never put the war behind him. He struggled with trauma from the killing he had taken part in and photographed, and he experienced nightmares.

But, as he said in the 2016 documentary about his nine months enmeshed in unrelenting violence: “It was necessary for me to be evil for 272 days. But not forever.”