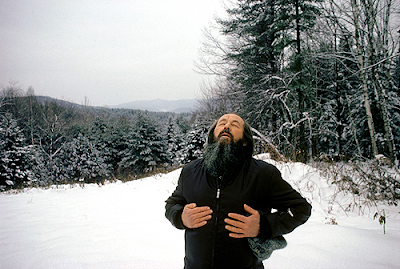 THOSE WHO DARED, AN EXHIBITION OF PHOTOGRAPHY AT MONROE GALLERY

expands on the organization’s longstanding program of showcasing significant historical figures and events with imagery that’s often political and always provocative. With a grouping of works that spans decades and continents, the exhibition functions like a historical survey: a who’s who of people most of us know for their achievements. As such, Those Who Dared is a sort of collective retrospective of people and events that shaped the twentieth century. It’s also surprisingly cohesive, despite the huge range of personalities—from Martin Luther King, Jr. to Jacques Cousteau to Ai WeiWei—who may represent disparate aims and causes, but whose actions display human qualities united in goals of exploration, persistence, and boundary-breaking.
Among the most recognizable images is that of a man standing before a row of four military tanks; Jeff Widener’s 1989 Tiananmen Square photograph is still gripping despite its widespread reproduction. The tanks, lined up in robotic and chilling precision, make an impactful and grotesque juxtaposition to the poignantly small human figure facing them down. Other photographs capture lesser-known figures, and these are some of my favorites. When art can teach us about people whose actions have directly affected our lives, it behaves as a bridge between history’s purely intellectual resonance and its equally important, though more nebulous, spiritual or emotional resonance. Atender shot of Richard and Mildred Loving embracing does just this. Mildred was black and Richard was white, and their 1967 Virginia marriage resulted in prison sentences for each. The very idea of a law preventing interracial marriage now seems shudderingly backwards, but the couple’s tribulations ultimately resulted in a resounding victory. The Supreme Court unanimously ruled to strike down the law, and its abolishment paved the way for similar legislation throughout the country. For decades, Loving v. Virginia has been cited in numerous cases involving discrimination.
A 1978 vertical snapshot of Anwar Sadat by Eddie Adams pictures the Egyptian president looking out of a narrow window. The scene feels a bit tense, with a pallid pool of sunlight spread across the room’s dark carpet. Sadat, partially obscured in shadow, looks out of an open window, his hands resting on the sill. Among the few color photographs on display is an image of Aung San Suu Kyi. Also taken by Eddie Adams, the picture captures Suu Kyi in a meditative stance, her hands clasped together against her chest, with yellow flowers in her hair. One of the planet’s most prominent political prisoners, Suu Kyi has fearlessly stood up against oppression in her homeland of Burma for decades. Deeply influenced by the non-violent teachings of Mahatma Gandhi (who also makes an appearance in this exhibition), Suu Kyi famously said, “It is not power that corrupts, but fear. Fear of losing power corrupts those who wield it and fear of the scourge of power corrupts those who are subject to it.”
The exhibition includes images whose interpretations and implications are decidedly less straightforward. One of the standouts is a shot of Russian novelist and historian Alexander Solzhenitsyn. Best known for the novella One Day in the Life of Ivan Denisovich and the sweeping Gulag Archipelago, Solzhenitsyn was a bold and outspoken critic of Communism— decrying the brutish Soviet Union during times when it could have proved fatal. A 1982 photograph of him by Harry Benson is mysterious and beautiful. It depicts the black-clad, heavily bearded Solzhenitsyn in the middle of a Vermont snowscape. He arches backward, his large hands spread out across his chest. His mouth is slightly open and his eyes are closed. His posture suggests a number of possibilities: relief or reflection or ecstasy—all of them intimate and recognizable in their humanity. It’s a deeply touching and unexpectedly meditative take on such an outspoken personality.
This exhibition seems like a gift for those of us lucky enough to spend time with it and learn from it. Iris Murdoch once wrote that art’s purest goal and highest achievement must be “to tell the only truth that ultimately matters.”
This captivating exhibition serves as a beautiful testament to those who ultimately mattered.