Two years on: a photographic tribute to Standing Rock 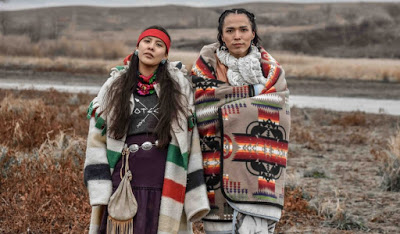 Two years on: a photographic tribute to Standing Rock
‘The fight isn’t over’

Photographer Ryan Vizzions looks back on one of the largest protest movements in American history: what’s changed since, and what he hopes will come next. (click for full article)

Photographs from Ryan Vizzions: No Spiritual Surrender: A Dedication to Standing Rock will be view at Monroe Gallery during The Photography Show presented by AIPAD (April 4–7). He will be signing books on Friday, April 5 at AIPAD. A second signing will be held April 12 at Monroe Gallery in Santa Fe.