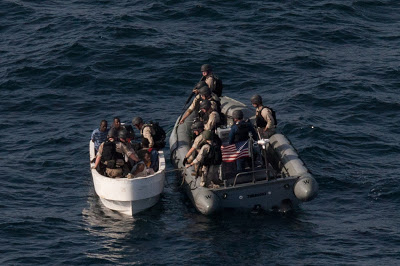 Just in case you thought there was no more "great" photojournalism, check out this from Tyler Hicks of the NY Times:

"In a naval action that mixed diplomacy, drama and Middle Eastern politics, the aircraft carrier John C. Stennis broke up a high-seas pirate attack on a cargo ship in the Gulf of Oman, then sailors from an American destroyer boarded the pirates’ mother ship and freed 13 Iranian hostages who had been held captive there for more than a month."