"Vivian Maier’s story had come to an end. To the world, it was only just beginning."

The still unfolding legend of Vivian Maier has been one of photographic genius discovered only after a lifetime of shooting. Now hailed as a master of street photography, she spent most of her working life in obscurity as a nanny in New York, where she was born, and Chicago, where she died in 2009 at age 83.

In her later years, her oeuvre – more than 100,000 images – sat unseen in storage, along with much of her earthly possessions. When she was unable to keep up with the storage fees, they were auctioned off in 2007. After her death two years later, a collector who had bought one of the lots began to put her images online. Within weeks, she had a global following.

The latest chapter in this endlessly fascinating tale is the publication this year of “Vivian Maier: Out of the Shadows,” by Richard Cahan and Michael Williams (CityFiles Press). The following essay is excerpted from that book.

It’s the end of the day. The TV has been flipped on. A small fire is tended in the backyard. The marquee of the Wilmette Theater is being changed over. Parents’ night at the local school is wrapping up. The children are asleep as Vivian Maier heads home with her camera by the glow of the streetlights.

Maier continued to document her life throughout the 1980s and 1990s. She shot Ektachrome, packing tens of thousands of the color transparencies into sleek yellow Kodak slide boxes. But her days with the Rolleiflex, with which she had taken her most personal and important photographs, were mostly over by the 1970s. 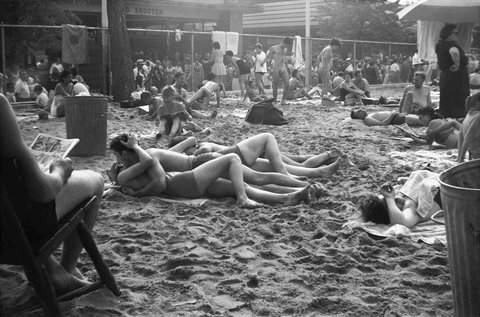 Vivian Maier On the beach at Coney Island during the early 1950s.
Vivian Maier learned to photograph using a box camera, which lends an impressionistic look to her early work.
Work as a nanny continued. When Zalman and Karen Usiskin interviewed her to be their housekeeper and baby sitter in the 1980s, she announced: “I come with my life, and my life is in boxes.” Zalman told her that would not be a problem since they had extra room in the garage. “We had no idea how many boxes,” he later said.

Around 1990, Maier took a job caring for Chiara Baylaender, a teenage girl with severe developmental disabilities. Maier was good company for her: they played kick the can and amused themselves with pop beads. Maier dressed Chiara in mismatched clothes from the Salvation Army. “But it’s Pendleton,” Vivian told the girl’s sister when she protested. It didn’t matter. “My sister looked like a junior Vivian,” she recalled. 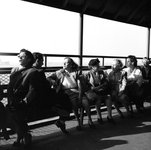 New, Old Photos
Ever since her street photography was “discovered” in 2009, Vivian Maier has received increasing attention and accolades. Lens has posted on Ms. Maier before:
And Maier proved an uninterested housekeeper, too. “It’s just going to get dusty again,” she would say. Having filled the Baylaenders’ storage room, she piled her bedroom five feet deep with books, leaving only a narrow path to her bed. Then she covered that — and slept on the floor.

In the mid-1990s, Maier went to work as a caretaker for an older woman. After the woman moved to a nursing home in 1996, Maier stayed on in her Oak Park house for a couple of months to get it ready to sell. Maier made overtures about working for the family of the woman’s daughter, but she was not needed.

Over the years, leaving was never easy. Despite being close to these families, Maier was an outsider. During the late 1960s, she photographed the light coming from the homes she passed. Always looking in. At seventy, she was looking for work in North Chicago or Waukegan, almost an hour north of Chicago. With little saved and no family of her own, she was determined to keep living independently.

Acquaintances recall Maier as an imposing, confident, stolid woman in her later years. Jim Dempsey, who worked the box office at the Film Center of the School of the Art Institute, saw her most every week for over a decade. She would dig through her purse looking for money, sighing until Dempsey let her in. She often stopped to talk — about movies, life, anything but herself — although he never got her name.

Bindy Bitterman, who ran the antiques store Eureka in Evanston, knew Maier only as Miss V. Smith, the name she gave to hold an item. She was the only customer who ever bought Ken, a long-forgotten liberal magazine from the 1930s. Roger Carlson, who ran Bookman’s Alley nearby, knew her full name but was scolded when he introduced her to another customer by it. She visited his shop as late as 2005 and bought Life magazines, talked politics (“Her judgment was pretty harsh on everyone”), and agonized about how difficult it was to find work.


She was a fighter to the end, Carlson said.

The boys who had thought of Vivian Maier as a second mother tried to keep track of her for years. They made overtures to help, but she resisted. She loved the Gensburgs and kept up with the family — going to weddings, graduations, baby showers — but it was hard for her to ask for help. 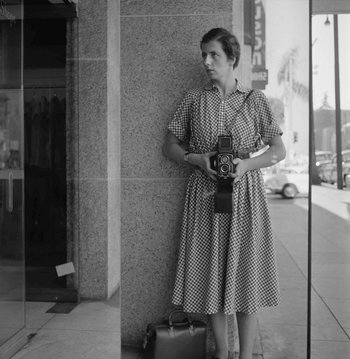 Because of her pride and her need for privacy, Maier remained elusive for years. When the Gensburgs found her, she was on the verge of being put out of a cheap apartment in the western suburb of Cicero. The brothers offered to rent a better apartment for her on Sheridan Road at the northern tip of Chicago, but they told her she needed to clean up her Cicero place before she left. She agreed, showed them the Clorox and rags, pulled up a chair, sat back with The New York Times, and told Lane to start with the walls and bathroom.

Even in her new apartment, Maier made it difficult for the family to keep track of her. The Gensburgs bought her a cellphone, but she refused to use it. So they just dropped by when they wanted to see her.

In November 2008, Maier fell on the ice on Howard Street not far from her home and hit her head. She was taken, unconscious, by paramedics to St. Francis Hospital in Evanston. When she came to, she refused to tell the emergency room staff what had happened and demanded to leave. Lane Gensburg was called. Doctors assured the family that she would recover, but she never did. For the next several months, she resisted eating and was barely responsive. Too weak to return to her apartment, Maier was transported in late January 2009 to a nursing home in Highland Park, where her health continued to decline. She died there on April 21, 2009.

The Gensburgs had Vivian Maier cremated and scattered her ashes in a forest where she’d taken the boys fifty years earlier. They considered having a funeral but knew she would have abhorred such an observance. So they paid for a death notice in the Chicago Tribune: “Vivian Maier, proud native of France and Chicago resident for the last 50 years died peacefully on Monday. . . . A free and kindred spirit who magically touched the lives of all who knew her.”

To the faithful Gensburgs, Vivian’s story had come to an end. To the world, it was only just beginning. 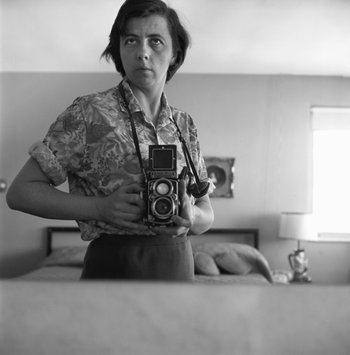