A Day Without News 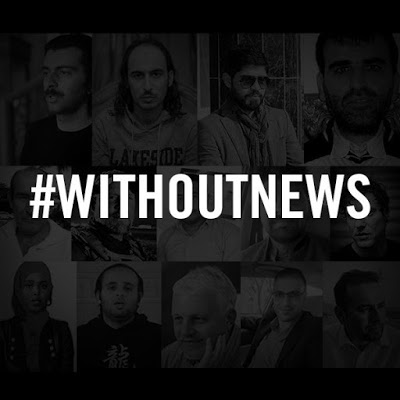 The Without News profile picture the Newseum is asking people to download and use Monday.
(Courtesy Newseum)

WASHINGTON — The Newseum will look very different Monday as part of an annual campaign called “Without News.”

“It’s a day when we black out the front pages of the newspapers that we display here at the Newseum, and also on our Today’s Front Pages website,” the museum’s Sonya Gavankar told WTOP.

She said the idea is to reflect on what the world would be like without the people who bring us the news.

“It’s an important time for us to really talk about the crisis of journalists in peril, and also the attacks on freedom of the press, not only in this country, but also around the world,” says Gavankar.

Supporters are asked to use #WithoutNews on social media, and download a special profile picture from the Newseum website.

Also Monday, at 10 a.m., the Newseum will rededicate its Journalists Memorial, adding the names of 14 members of the media who died on the job in 2016.

The ceremony is free and open to the public with advance registration, or you can watch it live online.

The event will be held on the anniversary of the death of NPR photojournalist David Gilkey, who was killed by the Taliban while covering the war in Afghanistan.

Several items belonging to Gilkey will go on display at the museum, including a camera lens that was hit by a rubber bullet as Gilkey documented clashes between Palestinian demonstrators and Israeli soldiers in the West Bank.