A gallery of photographs by Bill Eppridge and John Dominis, â€œWoodstock: Lifeâ€™s Best Photos,â€ was published this time last year by Life.com. 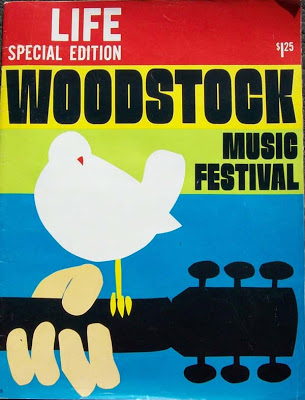 Bill Eppridge, who photographed the Woodstock Music and Art Fair 41 years ago, remembers it as a beautiful coda to a painful decade.

"For me, it was a visual feast, a never-ending succession of moments that is impossible to forget,â€ he says.

Mr. Eppridge, now 71 and renowned as a teacher and mentor, joined Life magazine as a staff photographer in the early â€™60s and stayed until the magazine folded in 1972. He covered many of the most important stories of the time, including the civil rights movement, the Vietnam War and Senator Robert F. Kennedyâ€™s presidential campaign. It was Mr. Eppridge who made the iconic image of a stunned busboy holding the senator moments after he was shot. He collaborated with the reporter James Mills on a picture essay and article in 1965 that followed the lives of two young drug addicts in New York. (The next year, Mr. Mills published his account as â€œThe Panic in Needle Park,â€ which was made into a movie in 1971.)

In the accompanying audio slide show, Mr. Eppridge speaks about being accepted at Woodstock even though he represented an established and powerful institution â€” as Life was in its day. â€œThey knew who I was but they didnâ€™t care,â€ he recalls.

It was not the first time heâ€™d been accepted under unorthodox circumstances. George P. Hunt, the managing editor of Life magazine, told this story behind â€œNeedle Parkâ€ in 1965, when Mr. Mills and Mr. Eppridge briefly became â€œdenizens of the junkie worldâ€:

Eppridge, in fact, came so much to look the part that he was picked up by the narcos in a hotel lobby; they thought he had stolen both his cameras and Life credentials and were about to haul him off when Mills (who looks more like a cop) came up to straighten things out.

Bill Eppridge: "An American Treasure" is on exhibit at Monroe Gallery of Photography through September 27. See a related review from the Albuquerque Journal here.