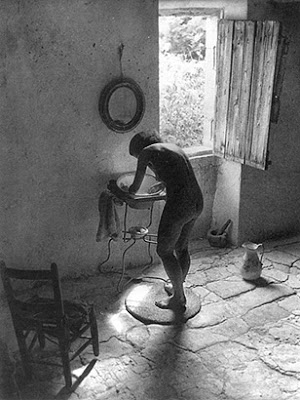 All his life, Willy Ronis was overshadowed by his more famous contemporaries Robert Doisneau and Henri Cartier-Bresson. Only in 2005, at the ripe age of 95, could he relish an undisputed triumph: His solo show at City Hall in Paris drew more than 500,000 visitors.


The exhibition at the Monnaie de Paris was supposed to celebrate the photographer’s 100th birthday. He missed it by a few months: Ronis died on Sept. 11, 2009, at age 99. 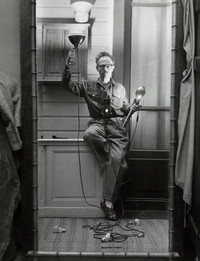 Still, this is an attractive, though by no means definitive show. The French state, to which Ronis donated his archives more than 20 years ago, was slow to inventory the gift. The 150 images on display skim the surface of his work.


The subtitle “Poetics of Engagement” refers to two of Ronis’s favorite subjects: He never tired of exploring the charms of Paris, his birthplace, and he never hid his sympathies for the Communist cause.

Ronisen (his real name) was born into a Jewish family that had emigrated from Czarist Russia. He dreamed of becoming a pianist and composer before the economic crisis of the 1930s persuaded him to play it safe and work in his father’s photo shop.

It was a bread-and-butter job that “bored me stiff for four years,” as he confided to an interviewer shortly before his death (Le Monde, July 28, 2009), and he left it as soon as he could. After his father’s death in 1936, he became a freelance photographer.

Like Doisneau and Izis (Israelis Bidermanas), another immigrant from Eastern Europe, Ronis had an eye for the “little people” and their simple pleasures -- villagers playing the national game of “boules,” lovers kissing in a cafe or a beaming boy carrying a baguette bigger than himself. 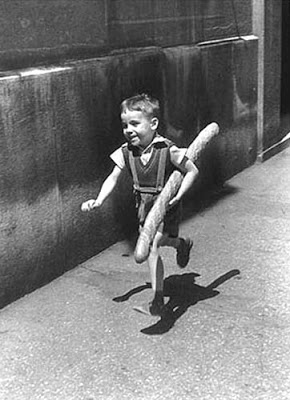 Le Petite Parisian, 1952
Quite a few of his pictures were shot in southern France where he survived during the Occupation and often returned after the war. One of his best-known photos shows Marie-Anne, his bare-bottomed wife, washing up in a stone-floored bathroom: You can almost smell the Provencal fragrances pouring in through the open window.

The 1930s were a period of sometimes violent tensions between the haves and have-nots in France. Ronis left no doubt on which side he stood.

He faithfully recorded the rallies of the Front Populaire, the alliance of Socialists and Communists; the strikes at Citroen and Renault, the car factories; and the social unrest in the mines of Saint-Etienne.

At the height of the Cold War, he twice traveled to Communist East Germany, only to discover well-stacked libraries, assiduous students and happy children.

In New York, the center of the capitalist world, his preferred subjects were the homeless and run-down neighborhoods. When he felt that his pictures for Life and Time were used for propaganda purposes against the French workers’ movement, he broke off business contacts with U.S. magazines.

His political views didn’t prevent him from lovingly capturing the atmosphere in London pubs or the delicate contrasts between light and shade in Venice. 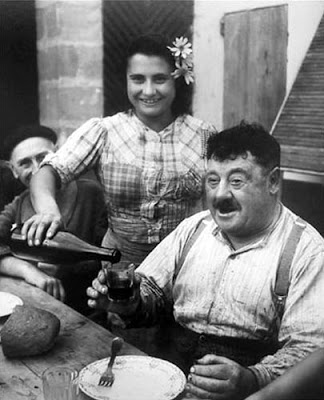 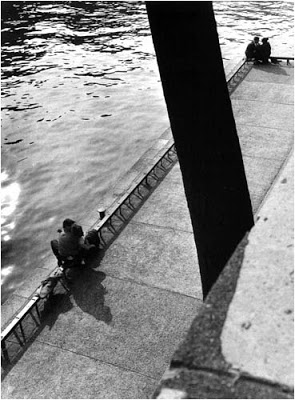 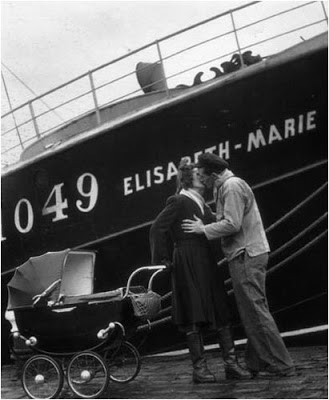