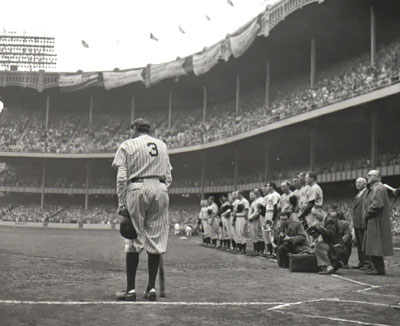 ﻿The Babe Bows Out, Yankee Stadium, June 13, 1948 © 2004 Nat Fein Estate
George Herman Ruth Jr. was born on February 6, 1895 in Baltimore, Maryland to parents George Sr. and Kate. George Jr. was one of eight children, although only he and his sister Mamie survived. George Jr.’s parents worked long hours, leaving little time to watch over him and his sister. The lack of parental guidance allowed George Jr. to become a bit unruly, often skipping school and causing trouble in the neighborhood. When George Jr. turned 7 years old, his parents realized he needed a stricter environment and therefore sent him to the St. Mary’s Industrial School for Boys, a school run by Catholic monks from an order of the Xaverian Brothers. St. Mary’s provided a strict and regimented environment that helped shape George Jr.’s future. Not only did George Jr. learn vocational skills, but he developed a passion and love for the game of baseball. 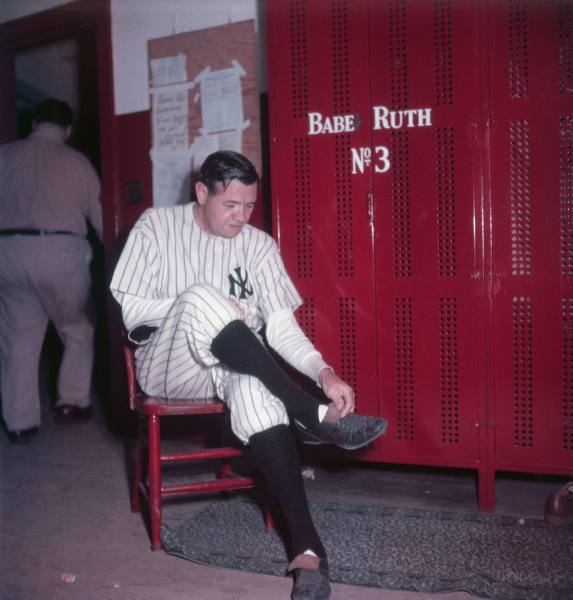 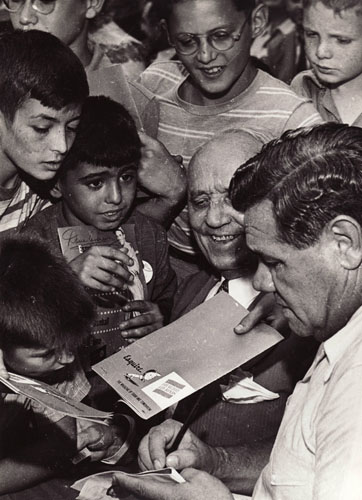 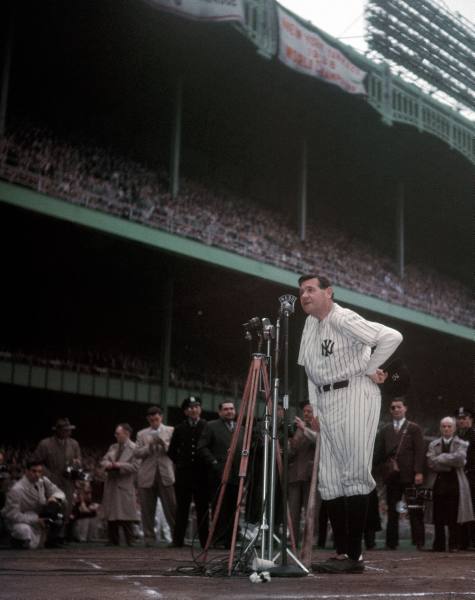 Read more from  BabeRuth.com, the official website of Babe Ruth.