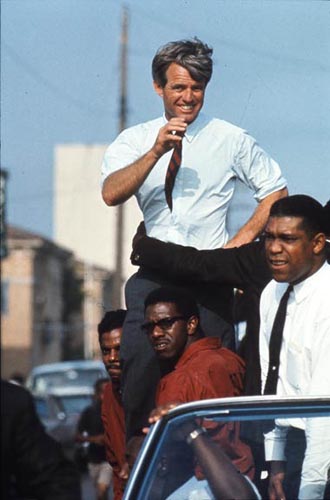 Bill Eppridge: The Kennedy campaign travels through the Watts section of Los Angeles on the last day before the primary, 1968
"Each time a man stands up for an ideal, or acts to improve the lot of others, or strikes out against injustice, he sends forth a tiny ripple of hope, and crossing each other from a million different centers of energy and daring, those ripples build a current which can sweep down the mightiest walls of oppression and resistance.” 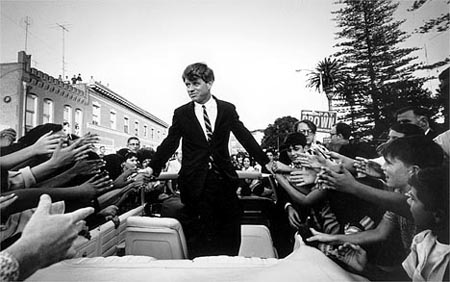 "On this generation of Americans falls the full burden of providing the world that we really mean it when we say all men are created free and equal before the law. All of us might wish at times that we lived in a more tranquil world, but we don't. And if our times are difficult and perplexing, so are they challenging and filled with opportunity." (Speech, Law Day Exercises of the University of Georgetown Law School, May 6, 1961).