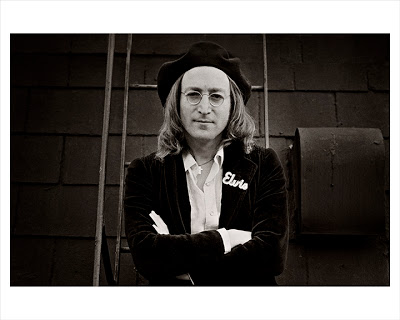 John Lennon: The Dakota Rooftop, February 24, 1975
In our previous post, we wrote about what would have been John Lennon's 70th birthday October 9, and the new film, LENNONNYC.

Photographer Brian Hamill photographed John Lennon on three occasions. Like many of his generation, Brian has profound memories of John's influence on his life and the times. Here, he shares some of his thoughts on the anniversary of John's 70th birthday.

JOHN LENNON
There are three crucially important events that happened in my life where I can remember clearly who I was with and what I was doing when they happened. The whole world was a witness to all three of them. They were all defining moments in our global history. Unfortunately, they all involved the death of good people.

If you were alive with a working memory during all three you will probably feel as I do and remember most of the sad details. I can also throw in, with the same importance and feeling of “coming together” in our grief afterward, the assassination of Martin Luther King and Bobby Kennedy too. It is very sad to have to remember and celebrate great people in this way, but because of this unique time in our troubled history, a big part of me does exactly that--that’s just the way it goes.

I am not going to give you any new perspective or cultural insight into John Lennon, although I will say that for my generation, for many generations, he was a major musical force and a phenomenal creative icon of the 20th century who influenced the world. No doubt about that. Everybody knows.


But I will always remember John Lennon as a quick-witted, vulnerable, stand-up, soft-spoken but unafraid guy. In my short time hanging with him, he spoke only the truth. I only spent time with him twice. I photographed him three times. They were all as memorable in my brain and in my heart as the awful day when he got murdered by a two-bit swine.  On  the night of 12/8/80, I was sitting in a rocking chair of my living room at my country house in Rhinecliff, NY, holding my three week old infant daughter Cara in my arms, just the two of us were there, listening to music together on the radio, me with the goofy faces and smiles and the baby talk, when suddenly the music was interrupted by a bulletin stating that John Lennon had been murdered. Projectile tears instantly shot out of my eyes onto my beautiful daughter. I had never cried like that. They were such immediate, forceful tears. I will never forget the combination, a one-two punch on the chin, of celebrating the wonderful joy of fatherhood one moment that was completely shattered in a split second moment by that painful, horrible news bulletin. John Lennon, dead!? Nooooooooooo!

John Lennon never got to fully mature as a man. The dude was only forty years old! He never really got to bring his full genius to all of us. Although, he certainly brought us some real genius. He never got to share more of that fun and laughter and wackiness with Yoko that we all were lucky enough to glimpse in a small way, and you certainly know a lot more of that was on their horizon. He never got to spend a lot of quality time with his nice sons. Yet he gave us all so much. Those John Lennon tears of mine will never fully dry.

He will be missed forever. 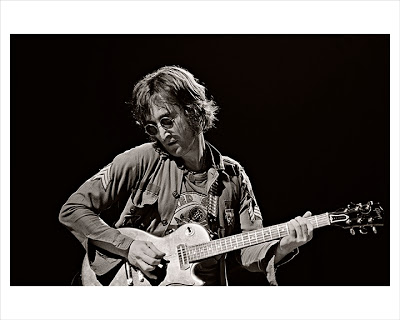