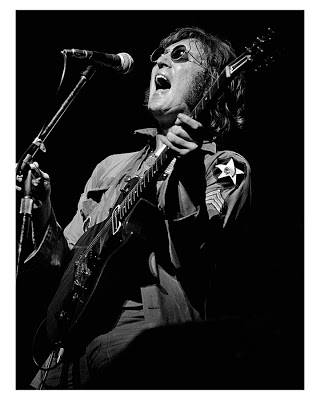 Brian Hamill: John Lennon, New York
Across the world, special events will recognize what would have been John Lennon's 70th birthday, October 9th, 2010. In New York's Central Park, home of the John Lennon "Imagine" memorial, a free, public screening of the American Masters film “LENNONYC” will be held on October 9th, 2010.
The screening, which will be first-come, first served, will take place at Rumsey Playfield in Central Park (best reached by entering the park at 69th Street and Fifth Avenue). The screening, which will take place rain or shine, will include picnic style seating so viewers are encouraged to bring blankets. People interested in attending should visit www.thirteen.org/lennon for more information. The screening will start at 7:00 p.m. and doors open at 6:00 p.m. People are encouraged to line up early given there will be limited seating.
The Santa Fe Film Festival has announced a screening of LENNONNYC during the 11th edition of the film festival (October 22-24) at the Center for Contemporary Arts (CCA). Tickets for all Santa Fe Film Festival films go on sale October 8 here.  The film will air nationally on PBS on November 22 at 9pm. 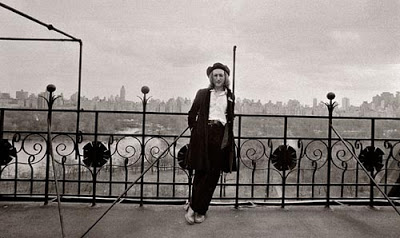 Brian Hamill: John Lennon, The Dakota, New York
In conjunction with the Santa Fe Film Festival, Monroe Gallery of Photography is honored to welcome Brian Hamill to Santa Fe for a very special exhibition of his intimate photographs of John Lennon; as well as his photographs from the sets of classic movies. ﻿Brian Hamill will join us Friday, October 22, from 5-7 pm for a public reception. (The photographs are on exhibit now)
Brian Hamill was born in Brooklyn, NY and studied photography at the Rochester Institute of Technology. In the late 1960s, Hamill began a career as a photojournalist covering the Rock & Roll scene as well as the boxing world. He also worked as an assistant to several top fashion photographers.
In the early 1970s he traveled to Northern Ireland to photograph the troubles there, and widened his scope into unit still photographer jobs on movie sets. Since then he has worked as a unit still photographer on over seventy-five movies including twenty-six Woody Allen films, resulting in the much acclaimed coffee table photo book entitled “Woody Allen At Work: The Photographs of Brian Hamill” (Harry N. Abrams, 1995).
Hamill’s work has also appeared in numerous other books, publications and exhibitions including a one-man show at the Academy of Motion Picture Arts and Sciences in 1995.
See Brian Hamill's photographs here.