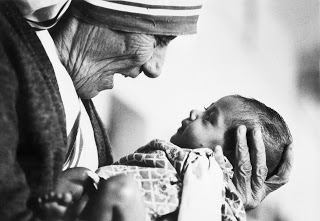 NEW YORK – The documentary film “An Unlikely Weapon” featuring the life of world-renowned photojournalist Eddie Adams will show at the Santa Fe Film Festival on Friday, December 5, 2008 at 7:30 p.m. at DeVargas #3,564 N. Guadalupe St., DeVargas Mall, Santa Fe. A second showing will air on Sunday, December 7 at 1:30 p.m.
Eddie Adams photographed 13 wars, six American presidents, and every major film star of the last 50 years. In 1968, in 1/500th of a second Eddie Adams photographed Saigon police chief, General Nygoc Loan, shooting a Vietcong guerilla point black. Some say that photograph ended the Vietnam War. The photo brought Eddie fame and a Pulitzer Prize, but Eddie was haunted by the man he had vilified. He would say, 'Two lives were destroyed that day, the victim's and the general.' Others would say three lives were destroyed.


Eddie was comfortable with kings and coal miners and won hundreds of awards for his photography. During his time with Parade magazine, he photographed Clint Eastwood, Louis Armstrong, Mother Teresa, and Pope John Paul, and he carved out many careers shooting covers for Life, Time, and even Penthouse.

Eddie's 1977 photo-series of "The Boat People", refugees escaping Vietnam, persuaded Congress to admit two hundred thousand Vietnamese into America. "It was the only good thing I did in my life," Eddie said, "but I am not a good guy."

The film, produced by Susan Morgan Cooper and narrated by Kiefer Sutherland and a score by Kyle Eastwood and Michael Stevens (Letters from Iwo Jima), and appearances by Tom Brokaw, Peter Jennings, Morley Safer, Gordon Parks, Peter Arnett and many others, is a retrospective on an incredible photojournalist that was never satisfied with himself, but others knew the good he did and how he changed their
lives forever. The films has been shown in prestigious festivals internationally during 2008, and was winner of Best Documentary at the Avignon Film Festival

For more information on Eddie Adams, the film, “An Unlikely Weapon", visit
http://eddieadamsphotography.com/