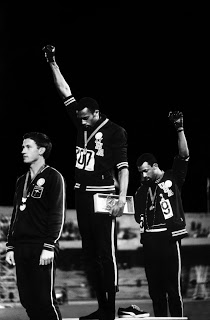 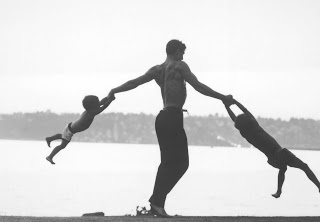 "LIFE magazine was a great success,” 87-year-old John Dominis reminisces. “If a man hadn't seen a picture of a native in New Guinea, well, we brought him a picture of a native of New Guinea. We went into the homes of princes and presidents and showed the public how they lived. The great thing about working with LIFE was that I was given all the support and money and time, whatever was required, to do almost any kind of work I wanted to do, anywhere in the world. It was like having a grant, a Guggenheim grant, but permanently.” Dominis took full advantage of that “permanent grant” for as long as it lasted and produced some of the finest photography that has been seen. An unprecedented exhibition of more than 50 of his photographs — some of them famous images and some that have rarely been seen — is opening today at Monroe Gallery of Photography on Don Gaspar. Included are historic vintage photos, the actual prints used for LIFE magazine stories with archive information inscribed and stamped on the back. Although a major exhibition, it is only a microcosm of a lifetime's work by a consummate professional, and artist. Teacher's influence Dominis was born June 27, 1921, in Los Angeles and attended the University of Southern California, majoring in cinematography. It was his high school teacher, C.A. Bach at Fremont High, that Dominis credits with his skills. Fremont High School offered a three-year course in photography, and Bach taught all three years. He was demanding of his teenage charges. “He'd give assignments, bawl you out, make you reshoot,” Dominis remembered. The tough taskmaster trained top shooters. Eight of Bach's students went on to become staff photographers with LIFE, considered the most prestigious job for photographers. Dominis, who served in the U.S. Air Force from 1943 to 1946, was a second lieutenant in the USAF photographic department. After he was discharged in Japan in 1946, he freelanced for the Saturday Evening Post, Colliers and LIFE. A dream job The title LIFE was first used by a humor and general interest magazine modeled on the British weekly Puck and published from 1883 to 1936. TIME magazine founder Henry Luce bought all rights to this magazine for $92,000 just so he could use the name. Luce's creation in 1936, LIFE was designed to highlight photojournalism. It was a weekly until 1972, after which it appeared as an irregular “special” until 1978 and as a monthly until 2000. The Time Corp. also issued a weekly newspaper supplement by the name LIFE from 2004 to 2007; it was included in some U.S. newspapers. In its heyday, selling as many as 13 million copies per week, LIFE was the sine qua non by which photojournalism was judged, and Dominis was right in the thick of things. While freelancing, Dominis worked for LIFE in New York City, San Francisco and Atlanta. When he volunteered to cover the Korean War in 1950, LIFE put him on staff. A natural photojournalist, Dominis covered the Korean War and the firing of Gen. Douglas MacArthur. He covered President John F. Kennedy's emotional “I am a Berliner” speech. In 1972, he traveled with the New York City Ballet, photographing George Balanchine and principal dancer Jacques D'Amboise. He worked in Dallas and Chicago and was then assigned to Singapore and Hong Kong. Among his memorable essays, Dominis covered the 1956 Olympics in Australia — the first of six he photographed; it was he who captured the now-famous “Black Power Salute “ of Olympians Tommie Smith and John Carlos in Mexico City. He shot water buffaloes and their boy keepers in Thailand; the celebrations for Buddha's 2,500th birthday in Burma; Laotian troops, and the early years of the Vietnam War. Along the way, he shot Woodstock; President Nixon's trip to China; and entertainers such as Frank Sinatra, John Wayne, Steve McQueen, Dustin Hoffman, Robert Redford and Pearl Bailey. He was good at getting candid shots, even in arranged photo sessions. He attributed it to the same patience he had shown on two long trips to Africa in 1966, when he returned with remarkable picture essays on the big cats — leopards, cheetahs and lions — that later became the basis for a book. The project resulted in several awards for Dominis, including Magazine Photographer of the Year for 1966. He showed the same patience with his human subjects. “That's my technique with people,” he said. “I'm sort of a fly on the wall. You try not to interfere, hang around, hope that they don't even notice you, and if they do, they don't care.” After LIFE ceased weekly publication, Dominis became photo editor of People magazine from 1974 to 1978, and then Sports Illustrated from 1978 to 1982. Returning to freelance photography, Dominis went on location to Italy to shoot the luscious photographs for five Italian cookbooks, authored by Giuliano Bugialli, food writer and teacher. The Monroe Gallery was founded by Sidney S. Monroe and Michelle A. Monroe, who were building on more than four decades of collecting experience. Their gallery specializes in classic black and white photography, with an emphasis on humanist and photojournalist imagery. The gallery also represents a select group of contemporary and emerging photographers. The Dominis show will be up through Jan. 25.
MONROE GALLERY OF PHOTOGRAPHY